From our IBEW Headquarters:

Weeks ago, two Republican senators unveiled a plan that threatens to destroy the multiemployer pension system that provides retirement security to hundreds of thousands of IBEW members.

You can read more about it here.

Sen. Chuck Grassley of Iowa and Sen. Lamar Alexander of Tennessee want you to believe that they’re trying to fix a serious problem threatening a few major troubled pensions.

“What they’re really doing is threatening to undermine the entire pension system by raising taxes on your retirement benefits by 10% and placing unreasonable fees on healthy plans that could bring the entire system crumbling down,” said Political and Legislative Affairs Director Austin Keyser. “They bailed out the banks and billionaires, but when it comes time to help working families, we’re left out in the cold.”

While the Grassley-Alexander plan is still just a proposal, International President Lonnie R. Stephenson, International Secretary-Treasurer Kenneth W. Cooper and other union leaders believe it to be one of the biggest threats to the labor movement in recent memory.

“It’s not often I come to members pleading that you pick up the phone, but this is one of those times,” Stephenson said. “The truth is, we don’t know when this plan will turn into actual legislation – it could be next week, it could be next year – but we don’t want to let it ever get to that point. It’s too dangerous for IBEW members not to put on a full-court press and kill it now.

“If each and every one of our 775,000 members calls their senators, we can stop this thing dead in its tracks. Get your families to call too. This is that important,” Stephenson said.

The AFL-CIO has set up a toll-free number to direct union members to their senators. Tell them to reject the Grassley-Alexander proposal and support legislation like the Butch Lewis Act that will protect the retirement benefits you worked so hard to earn.

Under cover of a “rescue” for a few endangered multiemployer pensions – primarily troubled Mineworkers and Teamsters plans – Senate Republicans are preparing to raise taxes on all retiree pension benefits by nearly 10% and raise expenses on healthy plans by 500%. The sweeping changes would almost guarantee reduction of benefits for millions of union retirees, IBEW members included.

International President Lonnie R. Stephenson called on every IBEW member to immediately contact their senators, whatever their party, and demand they kill the plan before it’s even filed as legislation.

“Don’t even negotiate,” Stephenson said. “You already pay income taxes on your retirement benefits; now they want you to pay even more. This is a disaster for working Americans.”

The changes would also reclassify the IBEW’s green-rated National Electric Benefit Fund plan into red, endangered status and spell bankruptcy for many, if not all, local union-run pensions. Worse, by raising costs on healthy plans, the “rescue” would leave the pension system worse off than before legislators interfered.

“An approach like the one Sens. Chuck Grassley and Lamar Alexander are proposing is completely unacceptable,” Stephenson said. “Rather than fix the problem with sensible solutions, they want to burn the whole house down and take unions with it.”

Two years ago, Congressional Republicans introduced a bill they said would “save” the threatened pensions plans. It did nothing of the kind, and unions killed it. A year ago, after promising a new start, Republicans introduced another rescue plan they said would be completely different. It was the same recipe again: crippling cost increases for healthy pensions; more tax cuts for corporations. Unions killed that too.

The new proposal is somehow even worse than the ones that came before, said Political and Legislative Department Director Austin Keyser.

“This puts us out of business almost immediately,” he said. “A year ago they wanted to kill us.”

The IBEW’s main multiemployer National Electric Benefit Fund is in excellent shape, said International Secretary-Treasurer Kenneth W. Cooper. This plan – which Republicans could shoehorn into the budget bill – would end that.

“We saved our pension from the worst recession in 80 years with no help. The banks that caused that mess, they got a bailout. The car companies, they got a bailout. We recovered in spite of the people in Washington,” Cooper said. “Now, the same people who cut corporate taxes by $1.4 trillion want to finish what the banks couldn’t and tear down what we built with our hands. Again.”

For years, the IBEW has been pushing congress to adopt a bipartisan, compromise bill named the Butch Lewis Act, named after a Teamster who died in 2015 fighting to save his union brothers’ and sisters’ pension benefits, which were set to be cut by 70%. Butch’s bill solves the liquidity problems of the few endangered plans without taxing retirees or penalizing healthy plans. Instead, troubled plans would be offered $65 billion in loan guarantees which would be paid back in full.

“If they wanted to truly solve this tomorrow, they could reverse 0.5% of the corporate tax cut. That raises the $65 billion straight away. We’re not even asking for the bailout the banks got,” Keyser said. “The no-cost loan guarantees are already the compromise and Congress should have gotten this done years ago.”

And unlike the banks, even the pension plans most at risk did nothing wrong. They suffered from the same bad deregulation and bankruptcy laws that have decimated the working class, Keyser said.

“Every IBEW retiree has paid more federal taxes on their pension than some major corporations have paid on anything, yet their plan is to take more of our money,” Stephenson said. “Instead of fixing bankruptcy laws that put everybody else first and workers last, instead of fixing deregulation that cut us off at the knees, instead of freeing workers to fight for better wages and benefits, they want to come after our hard-earned pensions. Well we’re not getting down on our knees. I’m not going to take this, and you shouldn’t either.”

The AFL-CIO has set up a toll-free number to direct union members to their senators. Tell them to reject the Grassley-Alexander proposal and support legislation like the Butch Lewis Act that will protect the retirement benefits you worked so hard to earn.

Another way to reach your senator is to call 844-551-6921 or visit this website and tell them the Grassley-Alexander plan to tax multiemployer pensions is a disaster for working families and retirees. Be sure to tell Democrats not to negotiate and Republicans to keep their hands off our pensions. 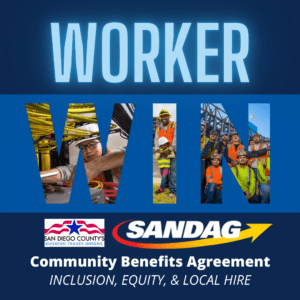 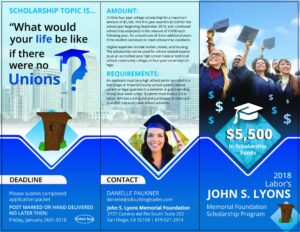