SAN DIEGO – The San Diego City Council Rules Committee today took the first step towards placing a measure before voters that would restore the city’s ability to use project labor agreements and preserve millions in state funds for local infrastructure projects.

Tom Lemmon, Business Manager of the San Diego Building & Constructions Trades Council, applauded the Rules Committee’s vote, saying: “Moving this measure forward to preserve millions in state funding for San Diego is the right call at the right time.  In this profound economic crisis, San Diego can’t afford to leave a single dollar – or job – on the table.  This measure will help rebuild our economy and allow the city to ensure public works projects prioritize hiring local workers so we can get San Diegans back to work.”

The Rules Committee voted to move the measure forward in a 3-2 vote, with Councilmembers Georgette Gomez, Chris Ward and Monica Montgomery supporting.

In a letter introducing the proposal to the City Council, the broad coalition supporting the ballot measure pointed to the significant state funds that would be at risk if the city did not update its contracting rules: “In 2019, San Diego received over $64 million in state funds to fix streets, upgrade parks and rebuild neighborhood infrastructure. For San Diego’s Pure Water project alone, the loss of state funds would cost city taxpayers $140 million. All of that is at risk if the city does not act.”

Dozens of community leaders and residents attended the committee hearing remotely and submitted comments in support of the measure.  Speakers expressed the urgency of preserving San Diego’s full share of state funding in the wake of the economic fallout from the COVID-19 pandemic.  Recent jobs numbers have put the San Diego unemployment rate at over 25%.  Local taxpayer advocates also spoke in support of the measure’s potential to increase taxpayer accountability in city public works contracts.

Scott Barnett, President of San Diego’s Taxpayer Advocate and a former Executive Director of the San Diego Taxpayers Association, said:  “We need this update to city contracting rules not only to protect state infrastructure funds, but to protect local taxpayers from waste and fraud.  I’m encouraged that the City Council is considering strengthening taxpayer accountability in public works projects with more citizen oversight and increased public disclosure.  This measure won’t cost San Diegans a dime and it will add stronger accountability provisions on city public works to ensure our tax dollars are spent right.”

Lani Lutar, former President and CEO of the San Diego County Taxpayers Association and a past supporter of Measure A, said:  “I supported Measure A in 2012, but new state laws make it necessary for San Diego to update city contracting rules or risk losing millions.  San Diego has had to take action multiple times to avert losing state funding for critical infrastructure projects, and this measure will change that.  It would be irresponsible to endanger San Diego’s economic recovery by putting even one penny of infrastructure funding in jeopardy.”

Project Labor Agreements govern the terms and conditions for employment on a construction project.  Supporters of PLAs say they can lead to better wages for workers, local hiring requirements and expanded career training opportunities through apprenticeships.  PLAs also protect taxpayers by eliminating costly delays due to labor conflicts or worker shortages.

In the March primary, Chula Vista voters approved a similar initiative, Measure E, with an overwhelming 67% of the vote.

With subsequent approval by the City Council, San Diego voters will have the final say on the initiative in November.

Passing of 5 Retired Journeyman Inside Wiremen 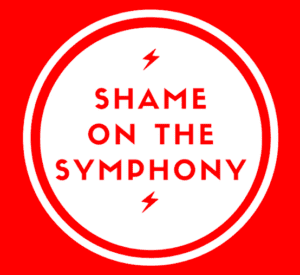 SHAME on the SYMPHONY