Leaders in solar energy, environmental law, energy performance and building design met recently for a roundtable discussion at The Daily Transcript to discuss the future of environment-focused innovation.

Jack Clark, director of programs at the Center for Sustainable Energy, has seen the growth of his center — from a regional energy-focused organization to taking in work across California as well as Massachusetts and elsewhere — as a sign of how far innovation has carried renewable energy industries.

Progress doesn’t have to be trouble-free to still be progress, he said, and that’s the context in which renewable energy must be seen.

“When we’re looking at everything from 30,000 feet, I think it’s important to understand that we’re in a fundamental transition between a carbon-based and fossil fuel-driven economy … to a more clean energy future right now,” Clark said. “And there’s a lot of friction in that transition.”

The innovations have related not only to the technology itself, but also to the economics of what Clark called a new paradigm in energy use.

Nobody appears to have all the answers to smoothing that transition, but that doesn’t mean the shift isn’t real, he said.

Among the difficulties, he said, is the example of some consumers gravitating back to traditional energy, especially for their vehicles, when it is more affordable.

Recent reports have indicated that as gas prices have fallen across the country — a drop attributed by some to the effect of greater U.S. oil production, such as on North Dakota’s Bakken shale formation — gasoline-powered truck sales have soared.

Former U.S. Deputy Assistant Secretary of Defense James Clad told The Daily Transcript that the role of U.S. shale development “is one that requires a little bit of mental agility to understand,” but that it is beginning to affect gas prices. Clad spoke last month to the San Diego Committee on Foreign Relations in Rancho Santa Fe,

Clark said CSE’s most recent numbers show lower gas prices haven’t significantly affected the electric vehicle industry in California, but they could be a factor if the industry doesn’t keep moving forward.

The state is still on target to hit Gov. Jerry Brown’s goal of 1.5 million zero-emission vehicles on California roads by the next decade, Clark said.

Micah Mitrosky, environmental organizer for IBEW Local 569, said California’s strong environmental policy could be what keeps the state from reverting in such a way, noting how AB 32’s greenhouse-gas emissions regulations have spurred a sustained growth in the construction sector’s renewable energy development.

That represented about $40 million in wages to those electricians, she said.

Because consumers face these rising costs, the returns on investment are rapid with energy retrofits, driving that industry and making its worth readily apparent, he said.

Part of the excitement of the times, Clark said, is that with more electric vehicles on the roads, the built environment and infrastructure will need to be updated to account for more plug-in needs, more electrical load and how it all fits with the state’s conservation goals.

“We should be betting on greater uptake around electric vehicles and adding load moving forward,” Clark said.

The question to ask when looking at the reverting of gas prices and attitudes toward electric vehicles, he said, is based in the collective.

“I think it’s ‘we,'” Clark said. “Are we going to revert back to that place? We will work with the state and other stakeholders … on what we’re seeing in the market, to make sure that the industry understands these trends and that the policy and regulation makers understand these trends. Right now, we’re not seeing a decline. Is the potential there? Absolutely.”

Also playing a role in progress toward a cleaner energy future is the enforcement of environmental laws, said Karen Doty, a deputy district attorney in the environmental unit of the San Diego County District Attorney’s office.

When economic times are difficult, more incidents appear of people trying to “skirt the laws” or do things out of a misunderstanding of the law, she said.

“This need to move fast and get going on things — if the right structures [aren’t] in place, both the educational component … and the enforcement component — then we all end up losing,” she said.

Clark said incentive programs promoting renewable energy — such as the California Solar Initiative for residential installations that lost funding this year, or the federal tax credit due to end after 2016 — are not designed to run forever and they don’t need to.

“Programs ebb and flow; incentives ebb and flow,” Clark said. “The idea here after an incentive program has been taken offline is that there will be other mechanisms to help plug the gap — things like code, innovative financing to pick up slack.”

“We have these two things happening,” Brummitt said. “On the technology side, if we have enough research — and there’s more research that needs to be done — once promising technologies come out there, then we need enough volume to bring the price points down to where they’re competitive with other strategies. Some things are on the widget side — the technology side — but a lot of things are on the design side.”

Building synergy between the technologies and designing the built environment to incorporate them most efficiently is the next step in environmental innovation, Brummitt said.

“We do find that the buildings are much more efficient,” Littrell said. “So mechanical systems tend to be certainly smaller, but a lot more sophisticated. I’m not sure they’re any less expensive, though. To some degree, some of the higher efficiency type of options we have in our systems do cost at least a little bit more on a unit-cost basis. So there’s some tradeoffs there.”

2020 is a year everyone will be looking at to gauge the state’s success in its renewable energy portfolio strategy, said Scott Pearson, San Diego Gas & Electric’s environmental services director.

That year will likely show the results of a shift underway even now in SDG&E’s roles as a distributor of energy, as the utility contracts with increasing amounts of local renewable energy resources, like solar projects in the Imperial Valley.

“We’re required to meet that 33 percent renewable portfolio standard, so you’re going to have that big chunk of power out there, and that number may be increasing,” Pearson said.

SDG&E expects to reach the milestone at which 33 percent of the energy it supplies to the region is sourced from renewables well ahead of the state’s 2020 target.

“It’s a fair point as far as what would our role be as we migrate to additional distributed generation. Part of that is just the connection, and being able to give that safe and reliable flow of power.

“When we had that power outage a couple years ago, you flew over some of the big solar-generated residential areas — they were just as dark as everybody else because they couldn’t charge up their inverter. So that service will be more prominent going forward.” 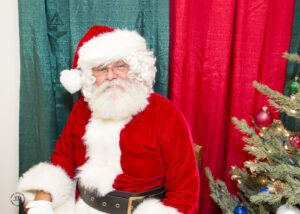