We all know that Chula Vista, like many small cities across the country, is facing a serious financial crisis. City government, community groups and local businesses are all looking for the best way to pull Chula Vista out of the red, knowing that how we choose to invest now will have a direct impact on our city, our economy and our future.

That’s partly why everyone is so fixated on Gaylord Entertainment‘s proposal to build a hotel and convention center on Chula Vista’s revitalized coastal property. City leaders have touted it as the savior come to town, but anyone who looks beyond Gaylord’s slick PR campaign will unquestionably notice serious cause for pause — if not alarm — about the company’s commitment. And as its track record across the country illustrates, what’s best for Gaylord is rarely best for the communities and economies in which it operates.

A deal is expected between the Port of San Diego and Gaylord Entertainment by the end of April. From there, it’s up to elected officials in Chula Vista to confirm their commitment to invest $308 million in public money in the project, pushing the struggling city deeper into debt. The question starting to gain traction across Chula Vista is whether this is a wise investment of limited public dollars.

Value Line, the most trusted name in investment research, analyzed the company’s debt, cash flow and the vulnerability of hotels in an economic downturn and concluded that Gaylord holds “little appeal for long-term investors.”

Chula Vista plans to take on enormous debt on behalf of Gaylord. But there is no guarantee that the city won’t be left with a crushing tab.

In Gaylord’s sales pitch to the city, the company claims that its new facility will draw new customers for local businesses — ensuring the city’s return-on-investment would be worth the risky $308 million public venture. Here’s the trouble: Gaylord’s CEO admitted to The Washington Post in January that the company builds its facilities with on-site amenities to keep guests from spending money outside of the hotel. So with all the public dollars Chula Vista is investing, “the Wal-Mart of developers” may actually steal customers away from local businesses.

Gaylord’s other sales pitch also sounds a lot like Wal-Mart. Gaylord claims it will create new jobs in Chula Vista. But what kind of jobs? As part of a series entited, “There are days when all I have is $2 to my name,” the Fort Worth Star-Telegram recently featured Terri Rushing, an employee of Gaylord Texan Resort & Convention Center. This piece detailed how Rushing was barely making ends meet even though she worked full time for Gaylord.

If the two pro-Gaylord arguments don’t stand up to scrutiny, what else can we trust about what Gaylord is selling us? Turns out, not much.

Gaylord’s broken-promise track record spans the nation: from breaking a commitment in Florida not to ask for public subsidies to turning Opryland into a mall after committing to Nashville residents they would preserve it as a historic landmark, nearly every project it takes on is wrought with broken promises and disappointed communities.

During Westbrook’s PR blitz in March, he also claimed several times that what representatives of local workers were asking for — a Project Labor Agreement (PLA) — would drive up costs and make the bidding process uncompetitive. However, a recently released study by three economists confirms what research has been saying for decades: PLAs are cost neutral and do not adversely affect the number of bidders on projects. They do, however, reduce the uncertainty of construction and ensure large projects are completed on time and on budget. (The only group that doesn’t benefit from a PLA, and therefore spends millions each year trying to blackmail companies out of signing them, is comprised of unscrupulous contractors who want to underbid by underpaying their workers).

While Gaylord is a troubling, risky investment for the city, signing a PLA with local workers is one of the only ways to ensure the investment will pay off. Leading economists recognize that the best public dollar investments should benefit local business owners and the local work force. If Chula Vista residents are guaranteed these jobs, their incomes will go up; they will be able to make house payments; and they will start spending money at local businesses right away — increasing tax revenues immediately. It is a win-win fix for the city’s current and future economy.

Without a PLA, Gaylord is exactly the kind of high-risk, public money investment that is bringing small towns across the country to their knees.

The real Gaylord: Broken promises are ‘business as usual’

In Chula Vista, Gaylord backed out of a promise to build an environmentally friendly convention center and tried to sneak in a larger building at the last minute without informing the community. Gaylord also agreed to give the construction and on-site jobs to the local work force first, only to backtrack suddenly with no explanation. Next the company tried to play hardball by pretending to withdraw from the Chula Vista project altogether, only to announce its return within 30 days.

You would think Gaylord would at least treat its hometown with respect. But for an irresponsible company like Gaylord, only one thing matters — and it’s not the community. When Gaylord bought the Grand Ole Opry, it promised the community it would not make drastic changes to the beloved historic landmark. But within a few years, the firm turned it into a mall and sold it.

When Gaylord executive Jim Collins was negotiating to build an Opryland Hotel and Convention Center in Osceola County, Fla., he said no incentives would be requested by Gaylord or any individual involved with the development. Despite this assurance, Gaylord still managed to finagle $90 million in tax incentives over 30 years. Perhaps the Osceola County Commissioners decided to loosen up the public’s purse strings after getting showered with multiple $500 contribution checks from Gaylord and its development partner Xentury City?

Even after greasing the wheels, Gaylord was denied permission by the Osceola County Board to build a county-subsidized expansion to the Convention Center. How did Gaylord respond? It went against the county’s ruling and built the expansion anyway. 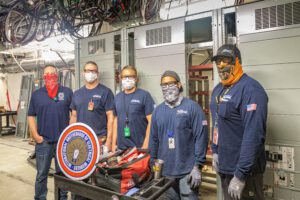 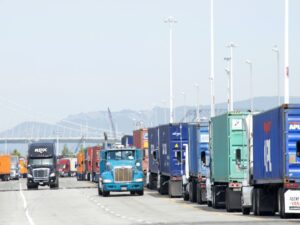 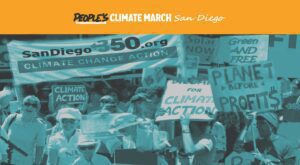