Too many Americans haven’t seen a pay increase in years and can’t find better-paying jobs in part because of corporate-rigged trade deals like the North American Free Trade Agreement (NAFTA).

Now NAFTA is now being renegotiated, and the stakes could not be higher for workers and the environment throughout North America.

As representatives from Mexico, the United States and Canada rush to finish NAFTA renegotiations, we must fight for a deal that puts people and the planet above corporate profits.

NAFTA grants corporations vast new privileges that make it easier to outsource jobs while empowering them to attack the environmental and health laws on which we all rely.

NAFTA’s lack of labor or environmental standards means wages in Mexico are now below those in China. Under NAFTA, U.S. firms that outsource production to Mexico can pay industrial workers less than $2 an hour and dump toxins with impunity. And then ship the products back here for sale under favorable NAFTA terms.

To date, almost one million American jobs have been certified by the government as lost to NAFTA, with more being outsourced every week.

ISDS empowers corporations to sue governments before a panel of three corporate lawyers. These lawyers can order taxpayers to pay the corporations unlimited sums of money, including for the loss of their expected future profits.

The multinational corporations only need to convince the lawyers that a law protecting public health, a food safety regulation or a pro-environment court ruling violates their special NAFTA rights. The corporate lawyers’ decisions are not subject to appeal.

We cannot let this continue.

That’s why a powerful coalition of consumer organizations, labor unions, environmental groups, faith and family farmers, and many others are joining together with one demand:

Any NAFTA replacement deal must eliminate ISDS and end the job outsourcing and add strong labor and environmental standards with swift and certain enforcement to raise wages and protect the environment throughout North America.

Add your name to the petition now.

Thanks for all you do, and for keeping our Union strong! 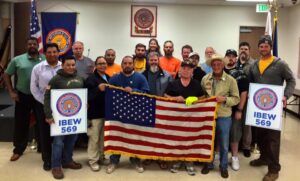 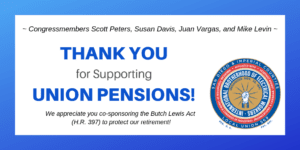