International Brotherhood of Electrical Workers (IBEW) Local 569 would like to recognize retiring Business Manager Allen “Al” Shur for his dedicated service on behalf of the members of IBEW Local 569.

Al started his electrical career as an IBEW apprentice and spent nearly thirty years working in the field. As a rank-and-file member, he was active in his union, his community, and electoral politics.  In 1995, Al ran for office and was overwhelming voted in as Business Manager.  He was re-elected in every subsequent election and is IBEW Local 569’s longest-serving Business Manager.

During Al’s tenure, Local 569 established itself as a leader in organizing and training by adding hundreds of new members, expanding its list of signatory contractors and establishing an Electrical Training Center in Imperial County.  His terms as Business Manager was marked by a fierce dedication to Local 569’s members and a deep commitment to improving health and safety standards, wages and working conditions.

In addition to his role as Business Manager, Al served in a variety of positions where he has been a tireless advocate on behalf of working people. Locally, he represented IBEW Local 569 at the Labor Council Executive Board, the San Diego Building and Construction Trades Council and the Mechanical and Allied Crafts Council.  At the state level, he was Vice President at the California Labor Federation, AFL-CIO.

Over the years, Al earned a well-deserved reputation as labor’s “greenest” leader.  He served on the Steering Committee of the California State Apollo Alliance, a labor-environmental partnership dedicated to a clean energy future.  He was also a founding member of California Unions for Reliable Energy (CURE) and the San Diego Regional Apollo Alliance.  Under his leadership, Local 569 became a model for green technologies in the construction industry and both the IBEW Local 569 union Hall and San Diego Electrical Training Center are solar-powered facilities.

His tremendous contributions to the members of Local 569, working people, the environment and the local community are sincerely appreciated and IBEW Local 569 wishes Al Shur a long, happy relaxing retirement. 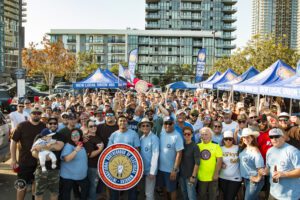 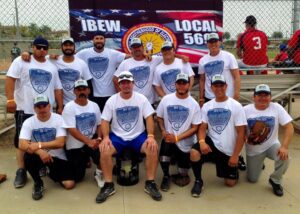 Sign Up for the IBEW 569 Imperial Valley Softball Team!