From President Obama and the White House:

As President Obama has repeatedly said, “no challenge poses a greater threat to future generations than climate change.” At the same time, the President has made clear that taking steps to reduce carbon pollution presents an enormous opportunity to strengthen the economy, drive innovation, and create new jobs.

A key step in that effort is making smart and strategic investments to create a cleaner, more sustainable transportation system. Today, our transportation sector accounts for 30 percent of U.S. greenhouse gas emissions. A new approach to our transportation system can help to speed goods to market, expand transportation options, and integrate new technologies like autonomous – or self-driving – vehicles while at the same time reducing our reliance on fossil fuels, cutting carbon pollution, and strengthening our resilience to the impacts of climate change.

That is why President Obama’s budget lays out a bold new plan for building a 21st Century Clean Transportation System funded by a new fee paid by oil companies. The President’s plan would increase American investments in clean transportation infrastructure by roughly 50 percent while reforming the investments we already make to help reduce carbon pollution, cut oil consumption, and create new jobs. The new fee on oil will also encourage American innovation and leadership in clean technologies to help reshape our transportation landscape for the decades ahead.

This new approach to investment and funding is one that places a priority on reducing greenhouse gases, while working to develop a more integrated, sophisticated, and sustainable transportation sector. It is a vision that builds on the success the country has seen as a result of the American Recovery and Re-investment Act of 2009 (“Recovery Act”). For example, the $90 billion dollar clean energy investment in the Recovery Act laid the foundation for a clean energy economy of the future, helping drive down the cost of wind and solar energy, expanding research for breakthrough technologies, and providing funding for transit and high-speed rail that reduce our dependence on gas-run cars. And the $30 billion transportation infrastructure investment in the Recovery Act funded much-needed road, bridge and transit modernizations in thousands of communities across the country.

A new approach to an old system

Our nation’s transportation system was built around President Eisenhower’s vision of interstate highways connecting 20th century America. That vision enabled economic expansion and prosperity, fostered a new era for automobiles, and supported the growth of our metropolitan areas.  But what remains today of that system is not ready to meet the challenges of a growing 21st century economy. What used to be the world’s leading transportation system is no longer even in the top 10. And today’s transportation system imposes a hidden tax through congestion, which every year costs families $160 billion and businesses almost $30 billion.

Late last year, Congress passed a bipartisan long-term transportation bill that finally broke a decade-long cycle of short term extensions and made important gains on permitting reform, innovative finance, and dedicated freight funding. However, last year’s bill was merely a first step towards what our economy needs, with only a modest increase in infrastructure funding.

The Benefits of the President’s Plan

Background on the bold investments in the President’s Plan:

For the United States to remain a leader in the global economy, while reducing the carbon pollution that fuels climate change, we need to take a new approach to our investment in infrastructure planning and funding. The President’s 21st Century Clean Transportation Plan would set America on a long-term path to achieving our economic and climate goals by:

Background on funding the President’s plan:

For too long, bipartisan support for innovative and expansive transportation investment has not been accompanied by a long-term plan for paying for it. We need a sustainable funding solution that takes into account the integrated, interdependent nature of our transportation system. Travelers choose between walking, biking, driving, flying, and taking the train; and companies choose between trucks, barges, airplanes and rail lines. So to meet our needs in the future, we have to make significant investments across all modes of transportation. And our transportation system is heavily dependent on oil. That is why we are proposing to fund these investments through a new $10 per barrel fee on oil paid by oil companies, which would be gradually phased in over five years. The fee raises the funding necessary to make these new investments, while also providing for the long-term solvency of the Highway Trust Fund to ensure we maintain the infrastructure we have.  By placing a fee on oil, the President’s plan creates a clear incentive for private sector innovation to reduce our reliance on oil and at the same time invests in clean energy technologies that will power our future.

In addition, the President’s plan: 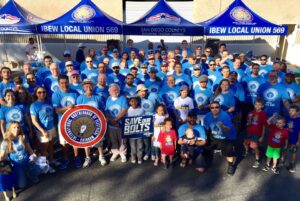 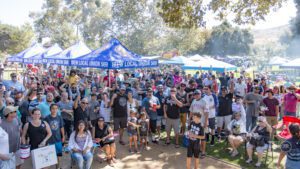