We mourn the passing of the following IBEW 569 Retired Journeyman Wiremen:

Retired Journeyman Inside Wireman Michael Worabel passed on October 31, 2019.  He was 69 years old, and had been a Local 569 member for a total of 21 years.

Before he turned 20, Michael entered the Marine Corps, served our country from 1969 – 1972, and attained the E5 level, before he left the service.  He explored his options for the next 7 years, before he went to work at NASSCO, as a machinist, in 1979.  He joined Local 389 of the I.A.M., and stayed in the NASSCO machinist realm for 10 years.  By the late-80s, Michael began pursuing a different interest, and secured his AS degree in electricity in 1990, from San Diego City College.  By late 1991, he began working as a Marine A (just under journeyman level) at NASSCO.  Within 15 months, Michael decided to leave California, and follow a different career path.  He left in good standing, by taking an Honorary Withdrawal in early 1993.  Almost exactly 6 years later, Michael realized that he was meant to return to the electrical trade, as he returned from his Honorary Withdrawal.

He began working at the San Diego Convention Center, as a Maintenance Electrician, in January 1999.  During the next 4 years, he worked for the same employer, and was able to study for, and finally pass Local 569’s JW exam, in mid-2003.  Michael was dispatched to his first JIW job in late 2003, and continued to work until mid-2016.   He was dispatched to shops as:  Bechtelpower, Kiewit, Dynalectric, Edlen, and Freeman Electric.  Michael was dispatched to Morrow-Meadows in October 2007, and stayed until April 2009.  He then concentrated on Freeman “show” calls through early 2016.  Michael retired in January 2017.

By the time Robert reached age 22, not only had he completed 4 years at the then San Diego State College, but had also secured his real estate license, which he plied (part-time) during college.  During the next three months, he maintained the grounds at Grossmont High.  By the end of that summer, Robert was drawn to Bowman Electric, where he began as a ‘pre-Apprentice’.  Barely a month ‘in’, he learned of the better opportunity that our Union provided, as Local 569’s contractors were hiring in big numbers!  Robert was hired as a Marine Helper at Campbell Industries on February 5, 1969, and by February 17th, he began as a 1st step wireman’s apprentice at La Mesa Electric.   He continued his apprentice  experience at:   Whitaker, Bell (Eddie O’Brien’s) Electric, Hardelco, Walther, Frontier, Sherwin, Capitol, then Owl (Owl took over Capitol – then later (post 1976) became Owl-Dyna, which morphed into Dynalectric).  Robert’s last dispatch (as an apprentice) was to S.D.G.&E., from which he turned out as a Jur. Inside Wireman.  He would go on to be dispatched to Chula Vista Electric, Universal Electric, Bechtel Corporation, Amber Electric, Stringer Electric, then Owl, again, in 1976.  Soon, Robert caught the traveler’s bug, and ‘traveled’ to Local 73, in Spokane, WA, where he would spend four years.  In December 1998, Robert began at Adams Electrical Contractors.  He retired in mid-2018.  We will remember Brother Adams as being kind and amiable when he either came into the Hall or called for information.

Retired Journeyman Inside Wireman William (Bill) K. Jensen passed on March 22, 2020.  He was 81 years old.  This year marked his 60th year of membership with Local 569.

Bill was only 18, when he began work at Convair, as an assembler, in 1956.  He stayed for more than a year at Convair, before securing a position as a laborer with the San Diego company H.H. Johnson, in mid-1958.  He stayed with them for almost a year, until his first Union job beckoned him.  Bill worked as a Teamster (Local 36) for the Austin Company, from July – November 1959.  In March 1960, he moved to the Daley Corporation, in the same Teamster capacity.  By April 1960, however, Bill saw the opportunity that awaited him with Local 569, and began his Marine electrical apprenticeship at the Ets Hokin & Galvan shipyard.  Barely 15 months into his apprenticeship, a “strike” brought Ets’ work to a halt, so Bill was dispatched to another Union shipyard, California Electric Works (CALEWO), where he would continue his Marine electrical apprenticeship for almost 2 years.  In the early 60s, San Diego’s commercial and residential wiring needs grew tremendously.  During this boom era, the Union could place apprentices where they were needed, in effect, switching them to work for commercial or residential contractors, and then back again to the contractor in the apprentice’s designated apprenticeship.  During Brother Jensen’s last semester of his Marine apprenticeship, he was dispatched to Becker Electric, then Encanto Electric, and finally Ling Oliver.  He was dispatched to California Pacific (Cal Pac) on the day he completed the Marine apprenticeship, and became a Journeyman Marine Electrician.  During the next 3 years, Bill found plenty of work at (in succession) CALEWO, NASSCO, Fischbach & Moore, and Campbell Industries.  Since, in those pre-Calif. Certification years, a Journeyman Marine Electrician could sign Book 3 and (with sufficient work), be dispatched to any of Local 569’s construction shops, Bill exercised his option.  For the next few years, he was dispatched to Chula Vista Electric (twice), and Gil Malone Electric.  By this time, Bill could clearly see his path forward, passed his Journeyman Inside Wireman’s test in 1969, and never looked back. Over the next 23+ years, Bill was dispatched to:  Siegel Electric (3 times), La Mesa Electric (twice), Baker, Amelco (twice), Stringer Electric (twice), Davies Electric (twice), Oliver Electric, and Bechtel (5 dispatches).  Bechtel was to be his last job, before he retired in 1994. 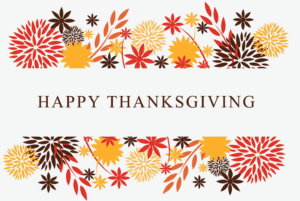 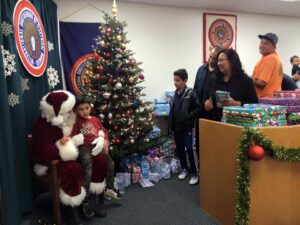