We mourn the passing of Retired Journeyman Inside Wireman Dennis B. Boatwright (Imperial Valley’s adopted son), who passed on March 1, 2020. He was 86 years old, and had been a Local 569 member for over 51 years.

As happened with many J.I.W.s who “came of age” from the late 60s into the mid to late 70s, Brother Boatwright began his Local 569 electrical career in Local 569’s shipyards, in 1967, at Campbell Machines (as the shop was called then). Since he began at the journeyman marine technician level, and that he was already in his mid-30s, it can be assumed that he learned his craft in the Navy, the military branch from which this Local employed hundreds of marine electricians, over the years. Dennis continued to work at our shipyards for another year and a half; Ets Hokin & Galvan, National Steel & Shipbuilding Company (aka NASSCO), and California Electric Works (CALEWO). By mid-1971, he was “drafted” to his first inside construction shop, Foshay Electric. From that dispatch forward, Dennis “never looked back”. In March 1973, Dennis took and passed his Journeyman Inside Wireman exam. In late 1973, Dennis ‘traveled’ with his new journeyman ‘ticket’, for almost two years. By August 1975, he returned to San Diego, and would be dispatched to Foshay another two times, as well as two times to Amelco. The mid-70s would bring many work opportunities, in the form of San Onofre Nuclear Generating Station (SONGS), and these would usually be large number ‘hires’. Bechtelpower was the electrical contractor for SONGS, and over the next seven years, Dennis would mainly divide his time among SONGS, S.D.G.&E., and Thermomatics. From 1984 through 1994, he returned to several of his ‘homes’, such as: Morrow-Meadows (4 dispatches), L. K. Comstock (2 dispatches), Newbery Electric (2 dispatches), Davies Electric (4 dispatches), GES (7 dispatches), and Ebasco (4 dispatches). A ‘short call’ for Davies Electric, in December 1994, would be his last dispatch, before he decided to take his I.O. Pension, in early 1995. Dennis already decided that the ‘dry heat’ of El Centro was for him, for even before he applied for his early pension, he had moved there. This is where he called “home”, at the time of his passing.

Since Dennis would have turned 87 on March 15th, his family decided to have a private Celebration of Life/Birthday party for him. 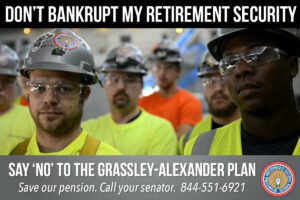 Volunteer with Local 569 at the Letter Carriers Food Drive 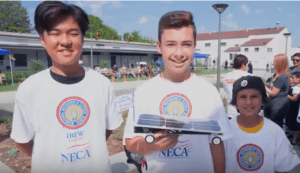