“SB 922 is one of the most mischaracterized laws of this legislative session.  In reality, SB 922 is simply a fairness bill for taxpayers and all contractors when public construction is being undertaken.

“Project Labor Agreements, known as PLAs, have been used by both business and government to save money on construction of municipal projects for over 70 years. Governments also use them to achieve additional goals such as local hiring, assuring our returning veterans a job on a project, and creating viable apprenticeships and other training programs for the community.

“So what is a PLA? It is a collective bargaining agreement which sets the hours of work, wages, working conditions and safety procedures. It also prescribes a method to resolve disputes on the project.

“SB 922 does not require any city to enter into PLAs.  Rather, the law makes it illegal for any public entity to pass a local ordinance creating a blanket prohibition of utilizing a PLA to take advantage of the taxpayer protections that can occur.  The bill does not require any entity to use a PLA.  PLAs do not lend themselves to every project, but it is wrong to pass an unfair ordinance restricting government from obtaining the same savings the private sector receives when they build complex projects.  The law clearly addresses these issues, mandating several commonsense taxpayer protections if public entities decide to use them.

“So what are the protections?  First it establishes fair and open competition on PLAs for both union and non-union contractors’ to protect their rights to bid on and be awarded work on a project.  It mandates that any person can work on a project, regardless of their gender, religion, political affiliation, sexual orientation, race, national origin, or whether or not the person is part of a union.

“Since delays on any public construction project can be costly for the taxpayer, SB 922 prevents such delays by barring strikes, lockouts and other work stoppages.  It requires disputes to be submitted to impartial arbitration for resolution, saving taxpayers’ money and insuring the project proceeds on time.  Since construction is one of the most hazardous professions, SB 922 also requires PLAs to contain a drug testing policy.

“Charter cities by their nature have the ability to prohibit PLAs.  So to ensure that taxpayers’ dollars are not wasted, SB 922 states that if any entity enacts a blanket ban on the governing body from considering PLAs then that entity will not be entitled to receive any state construction dollars while the ban is in place.

“Many charter cities have said they should not be required to enter into a PLA and we agree; which is why the bill does not mandate any city to enter into a PLA.  Some creative lawyers have claimed there is a loophole in the bill which would allow a city to institute or continue a blanket ban on PLAs while maintaining access to state taxpayer dollars.

“Critics claim the measure will take away local government’s control of municipal projects.  It does not.

“Critics claim it will drive up project costs by mandating organized labor to work on such projects.  It does not.

“And critics claim it unfairly tilts the table in favor of some contractors at the expense of others.  It does not.

“We believe the law is clear.  If there is a need for further clarity, we intend to immediately address that issue.  We will not allow a few cities to throw away our scarce taxpayer dollars, unfairly tying the hands of their elected officials from considering a method which can give taxpayers the most bang for the buck.” 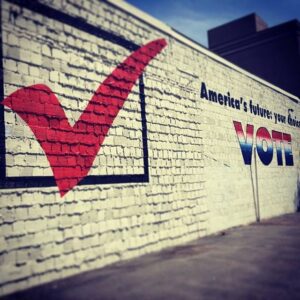