The leadership of the IBEW, while attending its annual officers meeting this week, unanimously endorsed Vice President Joe Biden to be the next President of the United States.

“Vice President Biden has been a longtime friend of working families and the IBEW,” said International President Lonnie R. Stephenson. “Joe has a long record of standing up for union members, and we believe it’s in the best interest of IBEW members to elect him president.

“Most importantly, Joe has listened to us on the energy issues critical to the 85% of our members who work in the industry, and his priorities and policies have been shaped by those conversations.”

Stephenson said that all of the Democratic frontrunners have taken positions that would help working families, including support for the Protecting the Right to Organize (PRO) Act, which would provide millions of workers across the country with additional protections to organize and collectively bargain.

But the main issue driving leaders’ decision to back Biden was the most basic – jobs.

“That’s what makes Joe Biden different. It isn’t just his support for our rights on the job, but his support for good energy jobs,” Stephenson said. “Our country needs a realistic plan to combat the ongoing threat of climate change without putting energy security or working families at risk.”

Stephenson pointed to Biden’s support for an all-of-the-above approach to slashing carbon emissions, which includes a mixed portfolio of low and zero-emission alternatives as a realistic transition to a carbon-free future. Biden has also proposed the nation’s largest-ever investment in clean-energy technology, as well as an aggressive clean-power infrastructure plan that will make the United States a global leader in fighting climate change while putting tens of thousands of Americans to work building the energy economy of the future.

Historically, the IBEW has not picked sides this early in the primary process. The extraordinary decision to announce an endorsement wasn’t taken lightly, Stephenson said.

“There’s an urgency this year we haven’t seen in a very long time,” he said. “Irreversible decisions about the energy future are being made today. We must have a candidate for president who supports IBEW jobs and IBEW values.”

Health care was another key factor in the endorsement. “Vice President Biden has a plan to build on the successes of the Affordable Care Act, offering a competitive government option to ensure universal health coverage while preserving the hard-won health benefits that union members have fought for over decades,” Stephenson said. “The IBEW will keep pressing for the day when no working person has to fight for decent health care, but during the transition, our members won’t give up the benefits they’ve fairly bargained for. Joe has our backs on this.”

Stephenson expressed gratitude to the other candidates running. Sen. Bernie Sanders, in particular, has come to IBEW conferences, spoken to the membership and listened to their hopes and struggles. All of them would be better choices than re-electing President Donald Trump, he noted.

“This president’s policies have been disastrous for working families, full stop,” Stephenson said. “Job sites are more dangerous; organizers are more likely to be fired; wage theft now exceeds all other forms of theft combined, and he never even made a serious effort on the bipartisan infrastructure plan he promised four years ago.”

And the president’s climate denialism is disqualifying.

“To shrink from a challenge won’t make America great again,” Stephenson said. “No organization in the world has trained more workers for the green economy than the IBEW. The American worker – the IBEW worker – is ready to lead the transition to a 21st century energy solution as soon as we’re called upon.”

What’s needed is a change at the top, he said.

“Joe Biden has listened to what we have to say about some of our nation’s most pressing challenges,” Stephenson said. “I know IBEW members will have a seat at the table in a Biden White House.” 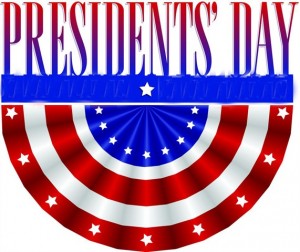 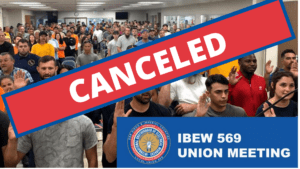 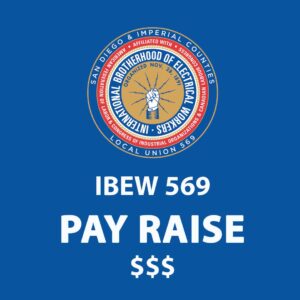