Decline to Sign DeMaio's Petition – It Takes Away Our Jobs!

Carl DeMaio, a staunch opponent to working families and unions, is again attempting to take away our jobs.  This time by gathering signatures to cancel high speed rail, and he’s seeking to bust up our project labor agreements with state and local government agencies.

DECLINE TO SIGN Demaio’s new petition – it will take away our jobs.

Keep it off the ballot!

Click here to read the Secretary of State Announcement.

Click here to read an article on this matter.

REMOVES RESPONSIBILITY AND FUNDING FOR STATE HIGHWAY CONSTRUCTION AND MAINTENANCE FROM STATE. TRANSFERS SUCH RESPONSIBILITY AND FUNDING TO INDIVIDUAL LOCAL GOVERNMENTS. ENDS STATE HIGH-SPEED RAIL PROJECT. CONSTITUTIONAL AMENDMENT. Shifts responsibility for constructing and maintaining state highways from the state to local governments. Allocates revenues from state motor vehicle fuel taxes to local governments for road construction and repair by private, non-governmental entities. Allocates revenues from state taxes and fees on vehicles to local governments for road construction and repairs, and mass transit. Terminates funding for state’s high-speed rail project. Requires State Auditor to audit certain transportation projects and Department of Motor Vehicles. Summary of estimate by Legislative Analyst and Director of Finance of fiscal impact on state and local governments: A shift of roughly $10 billion in outgoing state revenues from state and local nontransportation programs to local transportation programs. Increased ongoing state spending of several billions annually to backfill certain programs affected by this shift. Also, roughly $12 billion in existing ongoing state revenues for transportation would be provided to local governments. A shift of up to hundreds of millions of dollars ongoing from certain state and local programs to the enforcement of traffic and vehicle laws. Potential increased ongoing spending by the state and local governments to backfill programs affected by this shift. Reduced state expenditures on the high-speed rail project in the tens of billions of dollars from stopping the project. (18-0010)

The proponent of the measure, Carl DeMaio, must collect signatures of 585,407 registered voters (eight percent of the total votes cast for Governor in the November 2014 general election) in order to qualify it for the ballot. The proponent has 180 days to circulate petitions for the measure, meaning the signatures must be submitted to county elections officials no later than May 28, 2019. The proponent can be reached at (619) 786-8019 or carl@carldemaio.com. 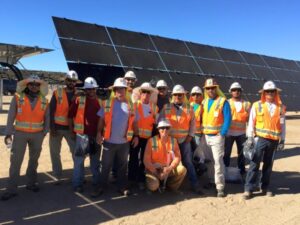