Earlier this month, the House of Representatives voted on the next stimulus bill known as the HEROES Act.

While we agree with much of the bill and know that America needs help to get through this pandemic and economic crisis, we are angry that buried within the bill is the GROW Act.

The ‘‘GROW Act’’ allows for multi-employer pension funds to switch to what’s called a Composite Fund – that is neither a defined benefit plan nor a defined contribution plan.

As our IBEW International President Lonnie Stephenson pointed out:

Composite plans would undermine the retirement security of our union members and further destabilize the multiemployer system.

Composite plans would allow trustees from a healthy existing plan to create a new composite plan that would provide inferior benefits.

Workers and retirees would be subject to dramatic cuts in times of economic downturn, such as the one our nation is currently facing.

We activated our Retirees Club and put out an Action Alert for our members to call Congress to asked them to WEED OUT the GROW ACT from the HEROES ACT.

We thank all of our members that took action to call congress. Unfortunately, Congress passed the HEROES ACT with the GROW ACT still included.  We won’t forget that our members were put on the sideline on this matter.

And its unsettling that labor is divided on this issue. For every union that stands with us in opposition to the GROW Act, like our brothers and sisters at the Teamsters, there are other unions that support it – perhaps because they thought they could use a cheap composite plan as an organizing tool to have more contractors become signatory.  This hurts their members and their retirement plans, hence why IBEW is strongly opposed to the GROW Act.

There’s a small silver lining in that the HEROES Act will now be debated in the Senate starting June 1st, and we’re asking our members to contact our Senators to again say Weed OUT from the GROW Act.

Call your SENATOR today and tell them to protect our pensions and Weed OUT tfrom he GROW Act.

Also, please call our members of Congress and tell  them how disappointed you are that they didn’t weed out the GROW Act from the HEROES Act. (Click here to find your member of Congress.) 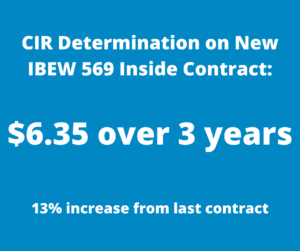 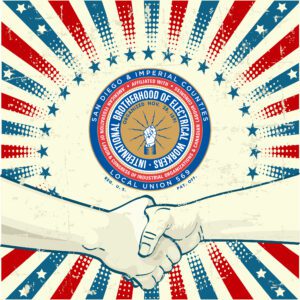 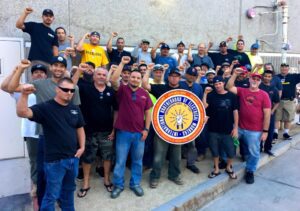