Tell Congress to ‘Weed Out the GROW Act’ from upcoming stimulus legislation.

It is anticipated that the United States Congress and Trump Administration will consider a final pandemic stimulus bill in the coming weeks. One of our major concerns is the potential inclusion of the Give Retirement Options to Workers (GROW) Act, which would allow multiemployer pension trustees to divert contributions from an existing defined benefit multiemployer pension plan to a new composite plan with inferior benefits and not enough money to fund both plans. The GROW Act would subject workers and retirees to dramatic benefit cuts and allow employers to leave existing plans without paying their share of the plans’ liabilities.

To help you and your members better understand the threat that composite plans pose to IBEW-sponsored multiemployer pensions, here is a study recently published by the Western Conference of Teamsters on the main problems with composite plans and the GROW Act. Please feel free to share this report with your members and ask them to call their senators and congressmembers to oppose the inclusion of the GROW Act in the upcoming stimulus bill.

We oppose the GROW Act, the composite multi-employer pension proposal.

Composite plans will put worker and retiree benefits at risk. They would undermine existing plans and put our pension plan in danger.

They also threaten the Pension Benefit Guaranty Corporation, the agency created as a backstop for troubled pension plans.

The IBEW supports legislation to preserve healthy multiemployer plans. The unemployment and economic devastation caused by the coronavirus pandemic exacerbates the urgent need for Congress to act.

But composite plan legislation would further harm workers in the middle of a deepening economic calamity.

We strongly urge Congress to pull the GROW Act out of stimulus legislation before it’s voted on.

Please call our members of Congress tell them to ‘Weed Out the Grow Act.” 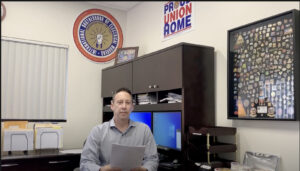 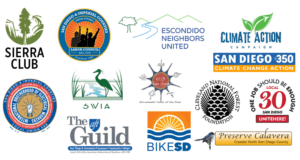