Three weeks after being laid off from his job, Rafael Arredondo, 31, is sitting in a conference room in a Southern California office park, hoping to hear good news about his own future and that of the union movement. He’s one of more than a dozen 20-and 30-something union members gathered around the table, sharing ideas about where organized labor stands right now, and where it’s headed.

“People like us bring new ideas into the union,” says Arredondo, a third-year IBEW apprentice from San Diego Local 569. “We can respect the old traditions, but offer a different way to do things.”

Sitting in a corner chair, between two young union activists, Liz Shuler, the AFL-CIO’s Secretary-Treasurer and highest ranking woman in the labor movement, listens intently to the conversation and scribbles notes on a pad. A few chairs away, Lorena Gonzalez, the youngest person ever elected Secretary-Treasurer of the San Diego and Imperial Counties Labor Council, is also tuned in to an increasingly animated conversation.

“A lot of people are scared to even talk to me about the union“, says one member of the group who works at a nearby college campus. “We’ve got to change that.”

“We need to challenge the system!” says another boldly.

Elected in 2009, Shuler is charged with bringing more people under 35 into the union fold. She and her Washington-based staff have quickly learned that the youngest members of the union movement have ideas. And they want to be heard.

“We’re here to listen,” she says, on the first day of a multi-city set of meetings to gather ideas from younger workers and labor activists. As she develops a plan for the union movement to reach out to a new generation, Shuler is drawing on the experiences of young union activists to find out the best ways to make an impact on their peers.

“Tapping into this generation means communicating with them in ways they can relate to,” she says. “We’re learning more about what they need in a union and how best to direct our message.”

Micah Mitrosky, a 31-year-old IBEW organizer from Local 569, believes there has never been a better time for unions to reach out to people her age and younger.

“It’s so hard for us to have the same lifestyle our parents had,” said Mitrosky, who knows several financially strapped 20-somethings still living at home with mom and dad.

“That’s why we need to find the next generation of union people,” she says. “Not just workers, but the union leaders who will continue the movement.”

Labor leaders are learning that reaching younger workers means communicating in new ways—using technology like Facebook, Twitter, YouTube and texting.  They also know that the younger generation has vastly different expectations about work and the work-life balance than their parents did.

“We’re hearing how much the idea of work is changing,” says Gonzalez, the San Diego labor leader. “Younger workers demand a flexible workplace and a workplace where they are respected.”

Shuler’s cross-country roundtables – nicknamed “futures forums”- will culminate this summer in a young worker’s summit in the nation’s capital. IBEW members from around the country are expected to take part.

“Young people tend to think it just isn’t cool to be involved in their union,” Gonzalez says. “We’re trying to change that here in California, and we need to do it at the national level.”

The meeting in San Diego ends with laughter as the young activists act out the old versus new ideologies of organizing.

On one side of a makeshift stage, a young union member playing the part of a local business manager tries to convince a young woman to join the union. He suggests she have a one-on-one with the shop steward and asks about her 401(k). The girl looks confused.

On the other side, a second “business manager” invites her to a happy hour or a street march and tells her “I’ll send you a text message.” The worker is more receptive.

It’s clear from the scene that young unionists have strong ideas about how labor should be reaching out to their peers. Now they are gaining hope that union leadership is listening. 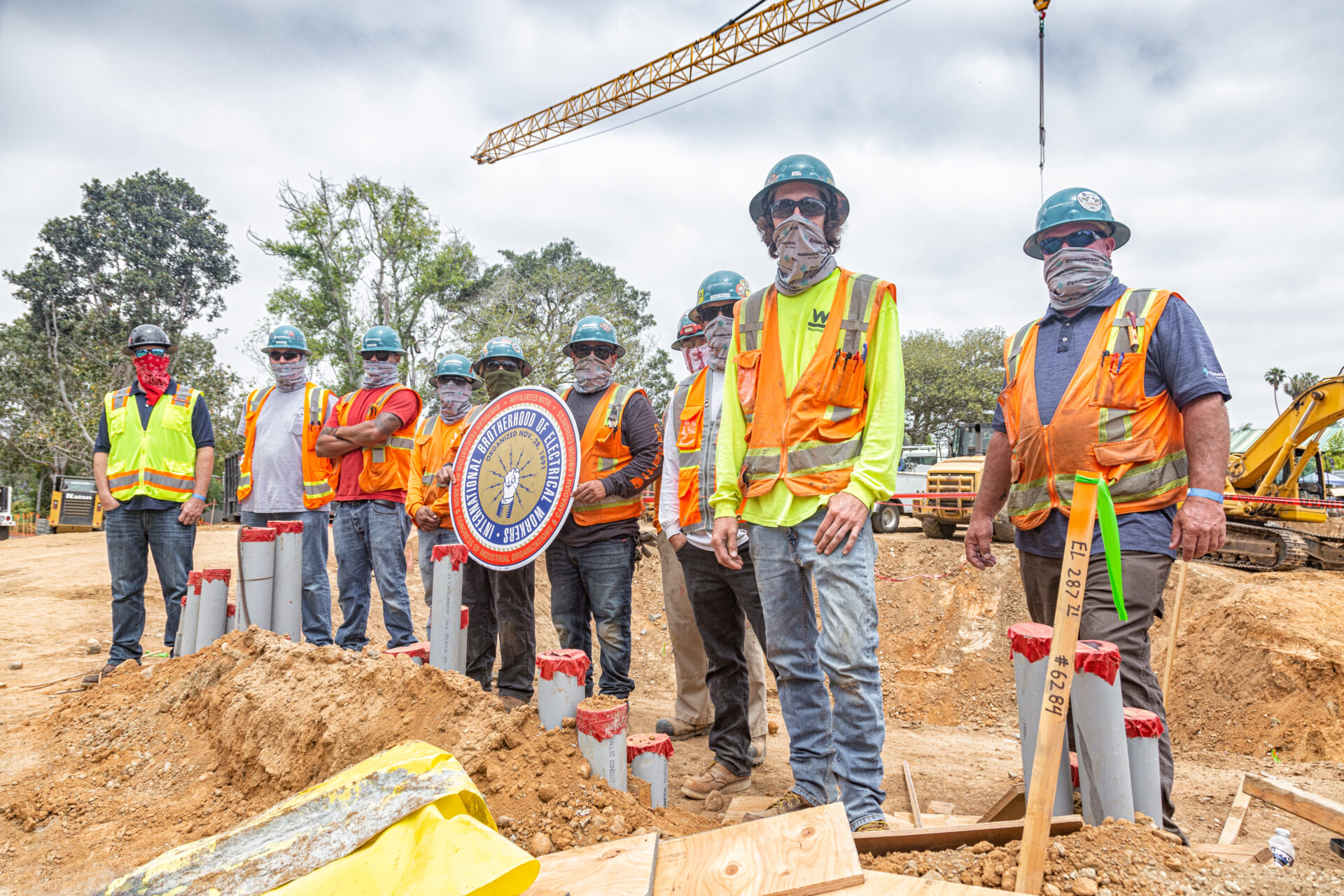