From the IBEW Media Center:

The Occupational Safety and Health Administration has gutted an Obama-era rule that required employers to report on-the-job injuries and illnesses.

The Trump Administration’s new rule returns injury reports back into the darkness of corporate filing cabinets and makes it much more difficult for regulators and safe workplace advocates to collect reliable data.

Sections of the Improve Tracking of Workplace Injuries and Illnesses were officially killed on Jan. 25 in the midst of the nation’s longest government shutdown, when the federal government’s own employees – including thousands of IBEW members – were forced to work without pay.

“This is only the latest attack on the wallets and safety of working Americans by this administration,” said International President Lonnie Stephenson. “It’s one thing to run as some kind of guardian of the working class, but the record speaks louder than any stump speech: attacks on pensions, limits on who gets overtime, delayed safety rules. We can trust our own eyes to tell us what working families mean to this White House.”

The now-eliminated portions of the standard required most employers to electronically submit detailed injury and illness reports to the agency each year (with individually identifying information removed).The goal was to make it easier for inspectors to focus resources at dangerous workplaces and let public health and worker safety advocates find –and respond to— trends in workplace injuries.

“We get very few accident reports from our construction locals,” said Safety Department Director David Mullen. “I use accident reports to help prevent the next one, so the more information we see, the more we can do to keep our members safe.”

Last year, the Trump administration took steps to delay and then kill portions of the rule. The portion of the standard that prevents employers from retaliating against workers who report an injury has, so far, not been touched.

“We fought for that rule for decades and they rolled it up and spit it back at us in about 18 months,” Mullen said.

The administration’s justification was that the anonymized injury reports could be reverse-engineered to somehow identify the injured or ill workers, violating their “privacy.”

“They couldn’t come up with who might want to do this, or why anyone would do this or even how it could be done,” Mullen said. “It was disingenuous and nonsensical.”

In general, OSHA requires employers to maintain three kinds of records for reportable injuries and illnesses. They have to keep a daily log that lists every event as it happens, a specific incident report that details how it happened, and they have to create a more generalized annual summary of all incidents.

Prior to the 2016 Obama administration revision, that’s all employers had to do: keep it around. If an inspector came by, they could request the files and, if they showed the company was in violation of rules, or if the company didn’t have the paperwork done correctly, the inspectors could cite the company for violating the Occupational Safety and Health Act.

But unions had been asking for decades for OSHA to collect the information and make it public in a way that would keep workers safer. The companies already had the information; submitting it wouldn’t add much cost, and there was a real opportunity to save lives.

“The companies fought it like we were stealing from them,” Mullen said. “This union was founded to improve safety standards for electrical workers. Those accident reports are worth more than gold because we can save lives with the information that is in them.”

Public Citizen, a nonprofit group that promotes science-based policies, immediately filed a lawsuit to block the changes, claiming the revision violated the Administrative Procedure Act. The APA requires that regulations can only be changed where there is a rational justification. Rule changes cannot be “arbitrary or capricious.”

Adding insult to the inevitable injuries, Mullen said, the final rule was issued by the Office of Management and Budget during the shutdown when two-thirds of OMB’s workers were furloughed, and, by rule, remaining staff should only have been working on projects that guard government property or save lives.

They even seemed to speed up the final review. Three months is the normal term. The silica standard was held for review at OMB for two years. The reporting rule revocation took a lightning fast six weeks.

“It inspires a certain amount of cynicism that they considered this a lifesaving regulation, a rule that lets employers hide who gets hurt or killed, so important they fast-tracked it through the shutdown,” Mullen said. “We always say that OSHA rules are written in blood. Somebody paid for every protection.”

Remembering MLK and the Rights of Labor 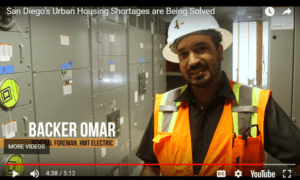