“We appreciate the United States Economic Development Administration for their investment into our future workforce in Imperial Valley. This will have a positive impact on the Imperial Valley community and we are excited to get started with the construction of the new facility,” said Kevin Johnson, Director of the San Diego Electrical Training Center.

“IBEW 569 is proud to partner with our NECA contractors to provide more apprenticeship training opportunities to the people of Imperial Valley – a community that has one of the highest unemployment rates in the nation,” said Nick Segura, Business Manager for IBEW Local 569 in the Imperial and San Diego counties. “Together, we are powering up Imperial County and pathways to great middle-class careers. And, IBEW has the best trained electricians in the world, and this training center will help keep them at the top of their fields.”

“The Center’s mission of educating and training skilled workers benefits those students, but it also benefits our community by keeping our economy strong,” agreed Andy Berg, executive director of the National Electrical Contractors Association. “This investment in worker training is also an investment in Imperial Valley’s future.”

The project will support the construction of a 10,000 square-foot workforce training center that will include 10 classrooms, a hands-on instruction lab, computer server storage, and conference rooms. The building is planned to be a Net-Zero Building, meaning the total amount of energy used by the building on an annual basis is roughly equal to the amount of renewable energy generated on the site.

At SDETC, we provide a qualified, highly skilled work force for the unionized electrical and sound telecommunication industries in the San Diego and Imperial counties of California. Supported through a collective bargaining agreement with the International Brotherhood of Electrical Workers Local 569 (IBEW Local 569) and the San Diego Chapter of the National Electrical Contractors Association (NECA), apprenticeships are made available to qualified applicants along with advanced training and life-long learning opportunities.

We are actively committed to supporting education in the San Diego and Imperial counties by continually upgrading and refining the quality of instruction, incorporating new technologies in the curriculum and building community awareness of the excellent programs offered. These programs enable the San Diego Electrical and Sound Telecommunications contractors to diversify and compete in new markets that help ensure growth in the industry.

The mission of the U.S. Economic Development Administration (EDA) is to lead the federal economic development agenda by promoting competitiveness and preparing the nation’s regions for growth and success in the worldwide economy. An agency within the U.S. Department of Commerce, EDA makes investments in economically distressed communities in order to create jobs for U.S. workers, promote American innovation, and accelerate long-term sustainable economic growth. 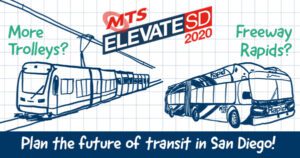 Help Define the Future of Transit in San Diego