Check out more details here and below: http://www.ibew.org/media-center/Articles/19Daily/1907/190711_IBEWUnions

“A pension is more than just dollars and cents,” Cooper said before the rally. “It’s a promise. In exchange for a lifetime of hard work and your own financial contributions, you can count on a secure and respectable retirement.”

Multiemployer plans are sponsored by numerous employers within the same industry and are maintained as part of a collective bargaining agreement. Most of the roughly 1,400 multiemployer pension plans in the U.S. are in good financial shape. That includes nearly all of the approximately 120 separate IBEW plans, considered among the healthiest in the U.S.

But the U.S. government’s Pension Benefit Guaranty Corporation, which serves as a sort of insurance policy for defined benefit plans, has classified a number of those funds as “critical and declining,” meaning that they could go bankrupt within the next couple of decades.

“These at-risk pension plans followed the same rules we do,” Cooper said. “They’re in trouble because the good, middle-class jobs that supported them are drying up.”

To help shore up these troubled plans, House Ways and Means Chairman Richard Neal of Massachusetts introduced the Rehabilitation for Multiemployer Pension Act (H.R. 397) earlier this year. Among its provisions is a plan to create a new pension rehabilitation agency within the Treasury Department.

“[This agency] will only provide loans to those plans that can be rehabilitated but that need time,” Neal assured rally-goers on Wednesday. “This is not a bailout that is being proposed. This is simply a backstop to get these plans back on their feet.”

IBEW members may know H.R. 397 by its better-known moniker: the Butch Lewis Act, named to honor a Teamsters member from Ohio whose stroke and eventual death were blamed on the massive stress he experienced after the pension plan he depended on went bankrupt.

“There will be $6 billion not coming into Ohio on an annual basis if they reduce or they eliminate our pensions,” said Lewis, who noted that the rally was taking place on what would have been the couple’s 43rd wedding anniversary.

The PBGC doesn’t have a limitless coverage fund, so unless Congress acts to help the failing defined benefit plans, just a few key pension bankruptcies could drain the insurer of critical cash reserves, leaving millions of retirees in danger of receiving a mere fraction of the pensions they were promised. Inaction would also risk the integrity of the safety net that our own pensions rely on.

Under H.R. 397, the cost of providing loans to these pension plans is estimated between $7 billion and $34 billion, nowhere near the $700 billion cost of the Bush administration’s 2008 taxpayer bailout of so-called “too big to fail” banks.

“Unlike those very unpopular savings-and-loan bailouts, Butch Lewis loans would have to be paid back as their investments recover,” Cooper said.

The House Education and Labor committee approved the Butch Lewis Act last month; Wednesday’s rally was timed to take place ahead of the measure’s markup by the House Ways and Means Committee — its final stop before a full House vote that has yet to be scheduled. At last count, the bill had more than 190 co-sponsors from both political parties.

“This is a way to give workers what they need, what they deserve, what they’re entitled to, what they’ve earned,” said Rep. Peter King, a Republican from New York who also spoke at the rally. “This is just doing justice.”

Following the markup, the bill was approved by the Ways and Means Committee on a party-line vote, 25-17. A companion bill in the U.S. Senate is expected to be introduced soon, although both chambers are scheduled to be in recess for most of August. Upon their return to Washington, lawmakers will find full legislative plates awaiting them, including funding the government and raising the debt limit.

“So, if we’re going to also keep the Butch Lewis Act at the legislative forefront, every IBEW member in the U.S. needs to keep applying pressure on their House representatives to co-sponsor and vote in favor of the bill,” Cooper said. “We can’t afford to not be engaged on this.”

To find the contact information of your representative, enter your ZIP code at House.gov.

Among those attending Wednesday’s rally were AFL-CIO Secretary-Treasurer Liz Shuler, a member of Portland, Ore., Local 125.  IBEW activists representing locals from around the greater Washington-Baltimore area also were on hand, as were leaders and activists from several other organizations, including the Teamsters; the United Steelworkers; the International Association of Machinists and Aerospace Workers; the United Food and Commercial Workers International Union; Bakery, Confectionery, Tobacco Workers and Grain Millers’ International Union; the American Federation of Musicians and the American Association of Retired Persons.

Standing in support of H.R. 397 alongside Reps. Neal and King were Reps. Judy Chu of California, Danny Davis of Illinois, Debbie Dingell of Michigan, Gwen Moore of Wisconsin and Thomas Suozzi of New York. 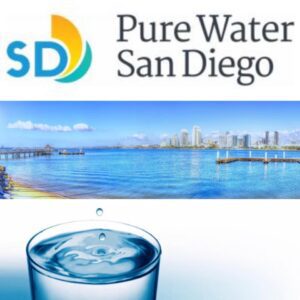