Today, we mourn the passing of two IBEW 569 Union Brothers: Larry Levi and Arlen Ellis.
Larry Levi owned and operated Larry’s Electric from 2003 – 2008 and was was 73 years old. As our signatory contractor, he was eager to be the “best Union shop” and he would come into our office to get the “straight scoop” on how to run his shop the “right (Union) way”. Originally from Nebraska, he had a folksy manner and easy-going way, which made you feel as if you’d known him for many years, even if you’d only had met him for the first time. We will miss him. Services will be at the Most Precious Blood Catholic Church, on Saturday, March 5, 2016, at 10:00AM. The church is located at 1245 4th Avenue, Chula Vista, CA 91911.
We also mourn the passing of Retired Brother Arlen Ellis, Journeyman Wireman, who was 82 years old, and had been a member of Local 569 for over 57 years. Also from Nebraska, Brother Ellis began his electrical “apprenticeship” when he was 19, at his dad’s electrical business in Nebraska. He’d work for Dravo, Catalytic, and Fluor successively, as well as Chula Vista, Fuller, and Interstate, as well as extensive stints (more than a year each) at Van Der Linden and Rosendin. He retired in 1996. Brother Ellis was living with family, in Nebraska, at the time of his death. We will miss him.
R.I.P. brothers! 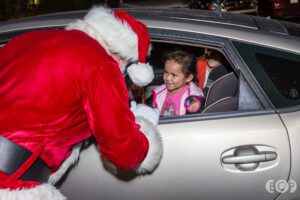 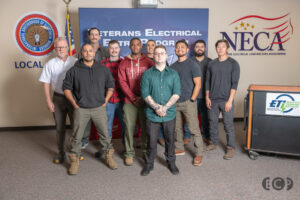 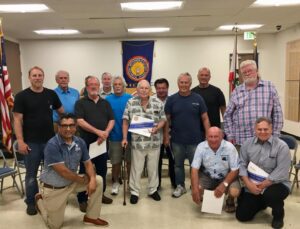