We mourn the passing of Carl D. Burns, who was a retired Journeyman Wireman, and who had been a member of IBEW Local 569 and the IBEW for just over 58 years.  Brother Burns was 83 years old, when he passed from heart/kidney failure.

According to Rose, his loving wife, “Carl fought very hard, but lost the battle on Dec. 30th.  He was strong until the end, and did not experience a lot of pain.  He insisted on leaving the hospital [on] Dec. 21st  to spend time at home with me and the dog.  We did not know that [our] time would be so short.”

Brother Carl Burns began his apprenticeship with then Local 447 (El Centro, CA) in late 1956.  (Local 447 would later be amalgamated into Local 569, in 1980.)  During the next 2 years, Carl worked for Davies, Chula Vista, and Federal Electric, before transferring his membership to Local 569, in January 1959.  He spent the rest of his apprenticeship years at various shops:  Chula Vista, Federal, Foshay, and CALEWO.  Throughout the next 3 decades of Carl’s career, he would be dispatched 3 or 4 times each (or more) to the following shops:  S.D.G.&E. (7 times), Davies Electric, Chula Vista, Federal, CALEWO, Bechtel, and Baker Electric.  They knew they were getting a quality craftsman.  Carl would finish his career by going into business as Burns Electric, in 1988.  He decided to take early retirement in mid-1996.

Carl was a man of principle, and, of course, Union-minded through and through.  Carl was also a great storyteller, although as you can see, Carl was quite the sports fisherman, and didn’t need to tell any ‘tall’ fish tales!  Carl really brightened our lives, and we will miss him. 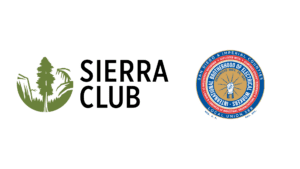 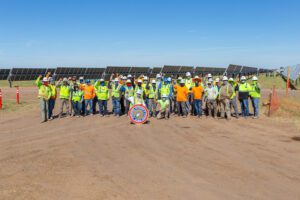 Holiday Thank You to Local 569 Members