We mourn the passing of the following IBEW 569 Retired Journeyman Wiremen:

Retired Journeyman Inside Wireman Alford J. Scott, who passed on March 25th.  He was 85 years old, and had been a Local Union 569 member for over 57 years.

Brother Scott was born in Missouri, and by his early 20s, he made it to Tulsa, Oklahoma, where he drove trucks for 2 years.  Next came stints as a gas station attendant, in the early 60s (when the attendants actually pumped gas and cleaned the customers’ windows!), first in Pawhuska, Oklahoma, then in San Diego, beginning in May 1960.  By June 1961, Alford took a truck driving job at Ling-Oliver (which eventually became Oliver Electric).  In late 1962, he jumped at the opportunity to join our apprenticeship program, and was allowed to stay at Ling-Oliver, for the first year and a half of his apprenticeship.  As an apprentice, Alford would continue to apply his skills at: Davies Electric, Capitol Electric, Electrical Constructors, Davies Electric, Service Electric, Ets Hokin & Galvan, S&M, California Electric Works (CALEWO), and Elcam.  He would “turn out” as a journeyman while employed at Fischbach & Moore (F&M).  Over the next 23½ years, Alford worked for: Commercial (2 dispatches), Commercial Electric (2 dispatches), CALEWO (again),  F & M (again), Wattier (2 dispatches), Electrical Constructors (twice again),  Capitol (again), Morrow-Meadows, (then-Union) Bergelectric (twice), Amelco, Bell Electric, Southland, and Owl Electric.  In fact, during Alford’s last dispatch to Owl, he remained with the company for almost 11 years, as they morphed from Owl to Owl-Myers to Dynalectric.  Alford left Dynalectric in 1990.  He retired  in 1996.

Retired Journeyman Inside Wireman Ernestine (Ernie) Marzulla, who passed on March 29th.  She was 70 years old, and had been a member of Local 569 for over 32 years.

Even before she arrived in San Diego, from her childhood and college days in New Jersey, Sister Marzulla served her country in the Marine Corps.  She was not a member of the ‘greatest generation’, but she truly embodied the characteristics of the generation that preceded her.   Ernie joined the Marine Corps as a Private 1st Class, and worked hard to advance to the rank of Major, before leaving the Corps.  Not one to brag about her accomplishments, who would have even known that the 1st step apprentice wireman (dispatched to Rene Electric in 1987), working alongside them, was an accomplished veteran of Desert Storm?  Through her apprentice years, she gained experience with:  Saturn Electric, Morrow-Meadows (2 dispatches), Southland, Neal Electric, Sasco, Steiny & Co. (2 dispatches), Dynalectric (2 dispatches), and Robinson Electric.  Ernie ‘turned out’ to Journeyman Wireman during her 2nd dispatch to Steiny & Co.  As a journeyman, she was dispatched to Davies Electric, JW Electric, Synergy (2 dispatches), Morrow-Meadows, and Chula Vista Electric.  Physically powerful, one could not help but notice that she was able to do the work of (no offense) two men.  In late 1999, Sister Marzulla moved to Arkansas, still maintained her Local 569 membership, and, through her trademark determination, achieved the level of Master Commercial electrician.  Even though she moved out of state, Ernie did not become a stranger.  She’d ‘call in’, every few years (in-between her worldwide adventures), just to learn how her Home Local was doing, and to chat a bit.   She’ll be remembered as a truly kind person, a hard worker, and someone who lived life to the fullest.  Ernie was, indeed, “fearlessly authentic”.

Retired Journeyman Inside Wireman Michael W. Reed, who passed on April 20th.  He was 65 years old, and had been a Local 569  member for 43 years.

Brother Reed began his career through Local 569 as an Apprentice Inside Wireman, at A.W. Myers, in August 1976.  Apprentices weren’t rotated as often as they are today, so he learned his craft at:  Bechtel Units 2 & 3, El Cajon Electric, and Econ Electric.  Michael was dispatched to (then-Union) Bergelectric during his 7th step, “turned out” with them, and stayed on for another six years.  In 1986, he was dispatched to René Electric, where he would stay for 7½ years.  Recognizing his talent for organization, from 1994 – 2009, shops hired him to run work.  In succession, he was dispatched as a foreman to:  SoCal (2 years), Sunburst (9 years), Dynalectric (3½ years).  Michael’s last foreman gig was at National Electric Works (NEW).  He retired in late 2010.  Michael was proud to be a 2nd generation Union electrician, as his dad, Joseph Reed, was a longtime Local 569 member, as well. 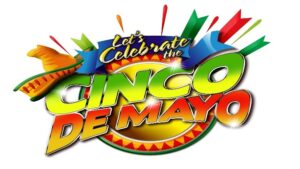 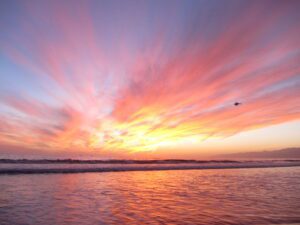 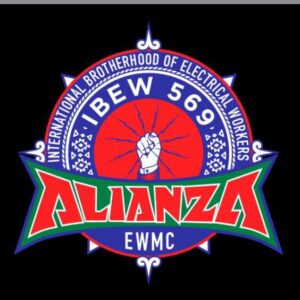