We mourn the passing of Brother “Ted” Gurbacki, who retired as an Industrial Electrical AC (aircraft) electrician. He maintained the building in which the aircraft being constructed was housed. I can only add that Brother Gurbacki joined Local 134 (Chicago, IL) in November 1953, thus, he was a member of Local 569 and the IBEW for over 64 years. By January 1955, he transferred his ‘ticket’ to Local 569, and never “looked back”. He retired in March 1985. The following obituary appeared in the Union-Tribune:

Theodore “Ted” Gurbacki passed away at this assisted living facility on January 6, 2018 in Bonita, California. He was 95. Ted was born on November 8, 1922 in Chicago, Illinois to his parents Wincenty and Helena Gurbacki. He married and is survived by his wife of 70 years, Leona, along with four daughters; Martha Nordaby (David), Theodora Woodworth (Robert), Mary Griffin (David), and Joan Bristow (Grant). Ted has ten grandchildren and eleven great grandchildren. He is survived by his sister Josephine Lewis (Laurence) of Illinois.

In 1942 Ted enlisted in the United States Army and proudly served his country in Europe during World War II. He was a member of the VFW Post 11387 in Paradise Hills. In 1954 Ted moved his family to San Diego, California. He worked as an electrician and worked his way up to become general supervisor of plant services for General Dynamics where he retired after 30 years of service. He was a retired member of I.B.E.W Local 569 for over 60 years.

Ted was an active founding member of St. Michael’s Catholic Church in San Diego, California. He was a past president of the Holy Name Society. Ted was a charter member of the Knights of Columbus Madonna Council 4258 where he served as Grand Knight 3 times. He was a 4th Degree-Magellan Assembly, Chula Vista. He was past Chapter President of the Knights of Columbus of San Diego and Imperial Counties.

Ted was a loving devoted husband, father, grandfather, brother and friend who was loved deeply and will be greatly missed.

“God will wipe away all tears from their eyes. There will be no more death, no more grief, crying, or pain. The old things have disappeared.” 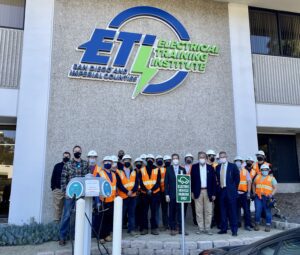 Congressional Tour of ETI and Infrastructure Investment and Jobs Act 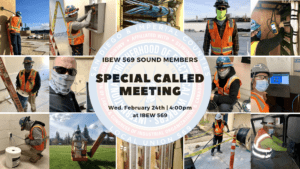 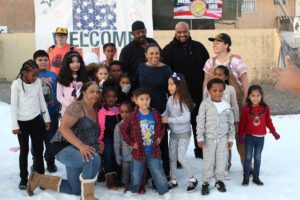