Passing of 3 Journeyman Inside Wiremen

IBEW 569 mourns the passing of:

Retired J.W. Richard A. Lynch passed on Jan. 15th.  He was 85 years old, and had been a member of Local 569 and the I.B.E.W. for over 63 years.  Brother Lynch began his I.B.E.W. career at Local 569, working for the City of San Diego, in July 1953, as an Apprentice Industrial Technician (Cable Splicing).  He was already veteran, having served our country in the Navy.  By March 1956, another part of the country was “calling his name”, and he transferred his “ticket”  to another Local (unknown).  He returned to San Diego, and transferred his ticket back to Local 569 by Sept. 1957.  During the late 50s, he worked at Fischbach & Moore, Ets Hokin & Pacific Crane & Rigging Joint Venture, CALEWO, and Standard Electric.  In early 1959, he passed his Journeyman Industrial Electrical test.  For the next 6 years, Brother Lynch worked at Standard, Federal Electric, Fischbach & Moore, Ling-Oliver, and Baker Electric.  By 1965, the ‘travel bug’ bit again, and he transferred his ticket to Local 557 (Saginaw, Michigan).  He returned to Local 569 in mid-1971, to work at ‘traveler’ status.  It would take him almost 6 years to realize that San Diego would be his home, and he transferred his ticket back to Local 569.  For the rest of his career, he worked at Owl Electric, Bechtel 2&3, (then-Union) Bergelectric, Oliver, Bell Electric, Baker, Stringer, Qesco, and American Pacific.  Richard was last dispatched to Chula Vista Electric in 1980.  He took full retirement in 1992.  Brother Lynch lived in Hemet, CA.

Retired J.W. Kenneth L. Sawyer passed on February 21st.  He was 84 years old, and had been a member of Local 569 and the I.B.E.W. for over 65 years.  In 1951, Brother Sawyer began his I.B.E.W. career at Local 570 (Tucson, AZ), at the age of 18.  Over the next 7 years, he would have a variety of experience, ranging  from shop work to Romex (for those who may not know – house wiring) to industrial and commercial wiring.  Kenneth (Kenny) worked his way to San Diego and Local 569 by late 1958, and his first “shop” was B-Jax Electric.  Local 569 accepted his Traveling Card in late 1960.  After B-Jax, he was dispatched to Velmic.  After a short time at Velmic, Kenny looked into a different position that didn’t include using his tools; that of a San Diego police officer.  Throughout most of the rest of the 60s, Kenny was either a full-time or reserve police officer, and his daughter stated that he loved that job.  By late 1969, he was ready to return to his tools, and he continued in that arena, until he took his disability pension in late-1977.   Kenny’s family had a private ceremony.

Charles S. (Scott) Gill, Journeyman Inside Wireman, passed on March 10th.  He was 69 years old, and had been a member of Local 569 for over 43 years.  A native San Diegan, Scott graduated from Pt. Loma High School.  He graduated from San Diego State University with degrees in both Spanish and History.  Immediately following college (1970 -1972), he served a 2-year ‘mission’ for his church, dividing his time among Bolivia, Peru, and Chile.  At 25 years old, he was accepted into our JATC.  During his 3½ year apprenticeship, he worked at Hamilton, CALEWO, and Stringer Electric.  He graduated in August 1976, and was soon “picked up” by Hamilton Electric.  Scott would spend the next 40 years at C & J Enterprises, Baker, and as a foreman at Vantage and Jadat.  In early 2003, he was dispatched as a foreman to Southland, and stayed in that position through 2009.  Since then, Scott  had been at Southland in management.  His family and his church were uppermost in Scott’s life.  While he was raising his family, he enjoyed  rock climbing, skiing, body surfing, and backpacking.  Bonnie Hubbard was a good friend of Scott’s and would sometimes visit during church functions.

Scott’s sons, Seth and Nathan are both J.W.s with Local 569. Scott’s brother, Kyle, is also our J.W. member. 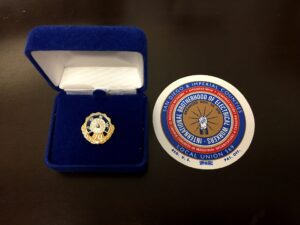 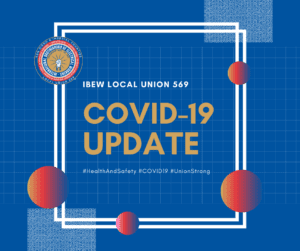