Ricardo Ochoa, legal counsel to the Quality of Life Coalition, asserts, “Measure A supporters are playing fast and loose with the facts. The simple truth is Measure A is deceptive and does more harm than good to San Diego County communities.”

California law prohibits ballot authors from including false, misleading, or inconsistent statements in ballot arguments. The lawsuit specifically identifies misleading statements related to water quality and transit fare reduction. The pro-A ballot statement promises to improve water quality by treating polluted runoff and reduce transit fares for seniors, students, the disabled and veterans, when in fact, Measure A includes no dedicated funding to either of those causes.

Gretchen Newsom, petitioner, condemned Measure A supporters noting, “Making promises that cannot be delivered equates to lying, and in this case, that means lying to voters. Voters deserve to know the truth about this harmful 40-year tax increase that is heavy on rhetoric and light on accountability. Somebody had to set the record straight and expose these misleading claims by Measure A supporters.” 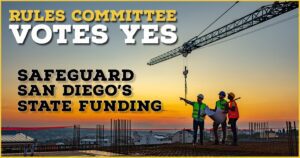 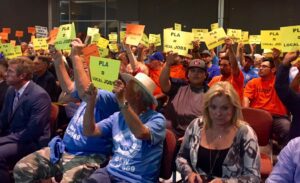