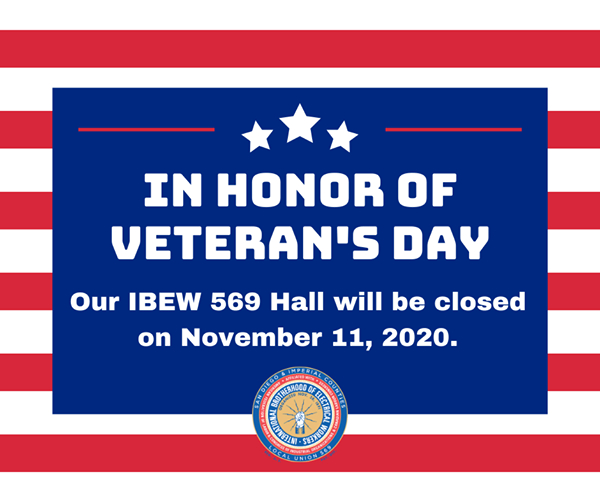 ​Tonight, we had our second Union Meeting since COVID started - with another strong turnout!

​​As previously noted, our November Union Meeting occurred tonight - on a TUESDAY - because our usual date falls on Veteran's Day, an observed IBEW 569 Holiday - as such our offices will be closed tomorrow in observance of Veteran's Day - a 569 union holiday.

Here is the report I gave tonight -> 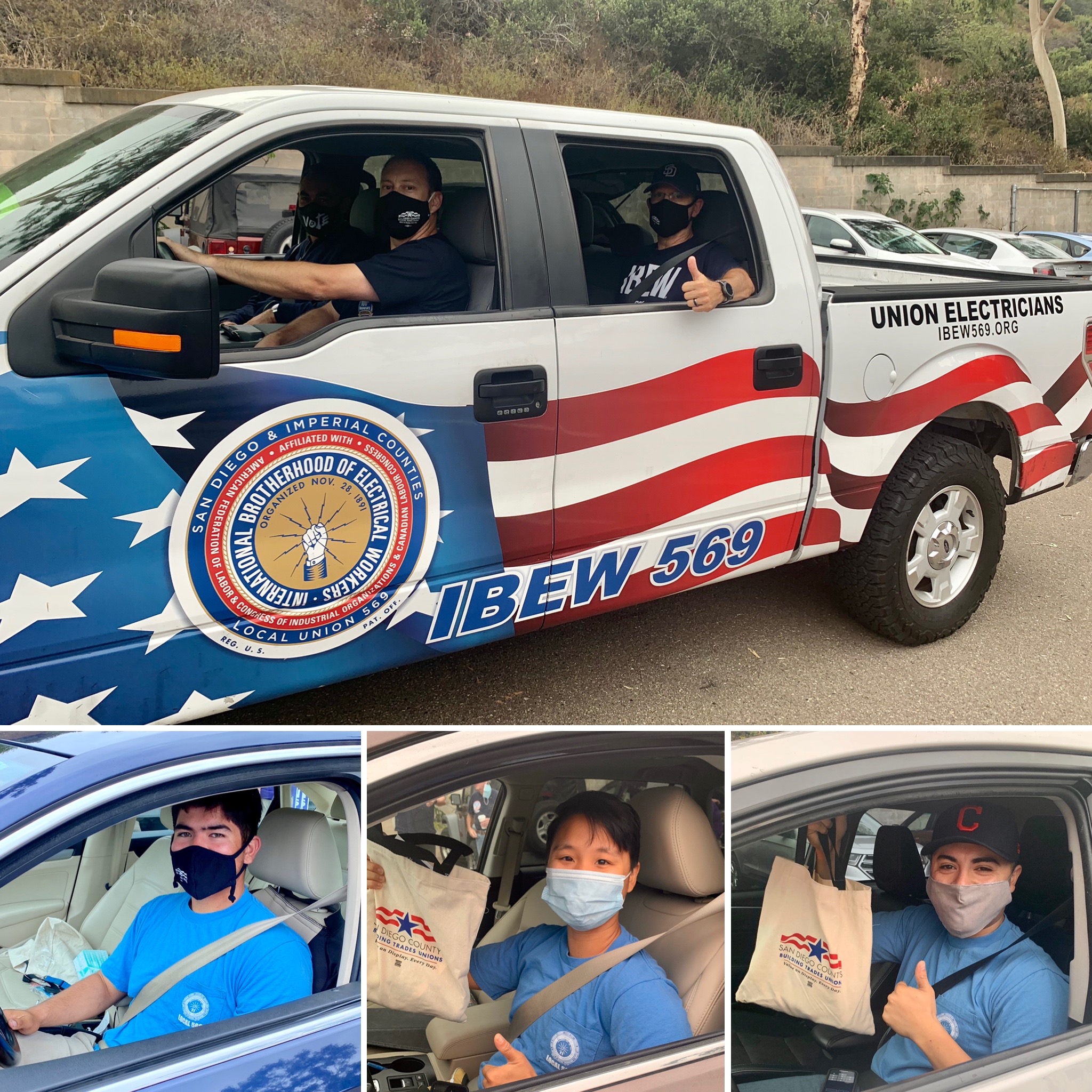 ​First off - I want to thank the hundreds of IBEW 569 members that volunteered their Saturday mornings to join us at the Building Trades Lit Drops - that helped make a huge difference. We had 12 walks – all over the region - and we helped educate and empower tens of thousands of voters to vote for candidates that support unions.

And I send a sincere thank YOU for voting union strong. Always, our #1 priority in determining who received the endorsement of IBEW 569 is whether the candidate or the initiative would result in more work for our members with higher wages, and a better quality of life. 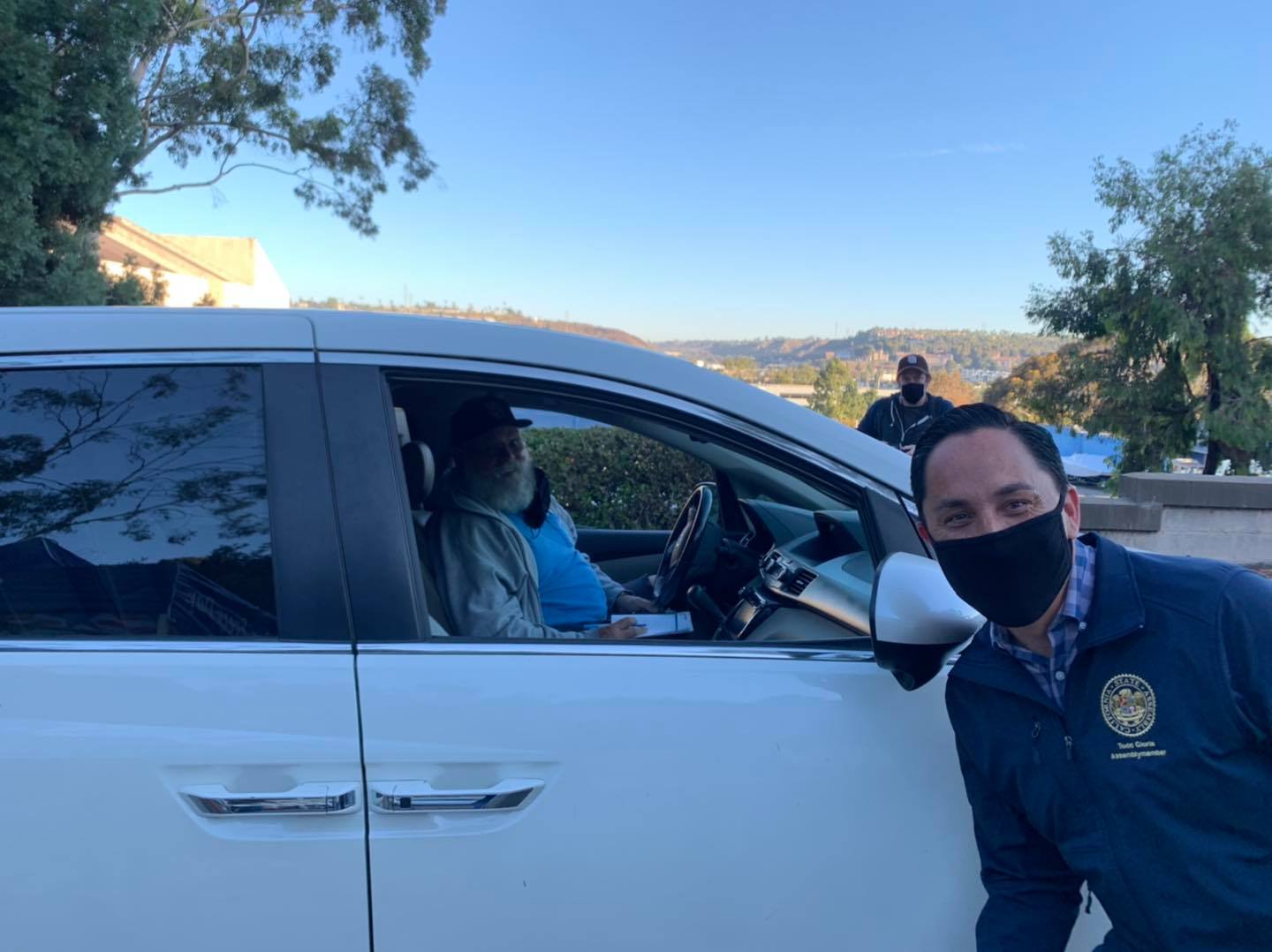 ​And we won some big races – including Mayor of San Diego Todd Gloria; electing a new majority to San Diego City Council that supports more work for 569; flipping the County Board of Supervisors to being labor friendly, and electing many others across the region that will be strong advocates for mass transit, climate action, and more good local jobs for 569 members – including leaders in National City, Carlsbad, Vista, and Chula Vista! 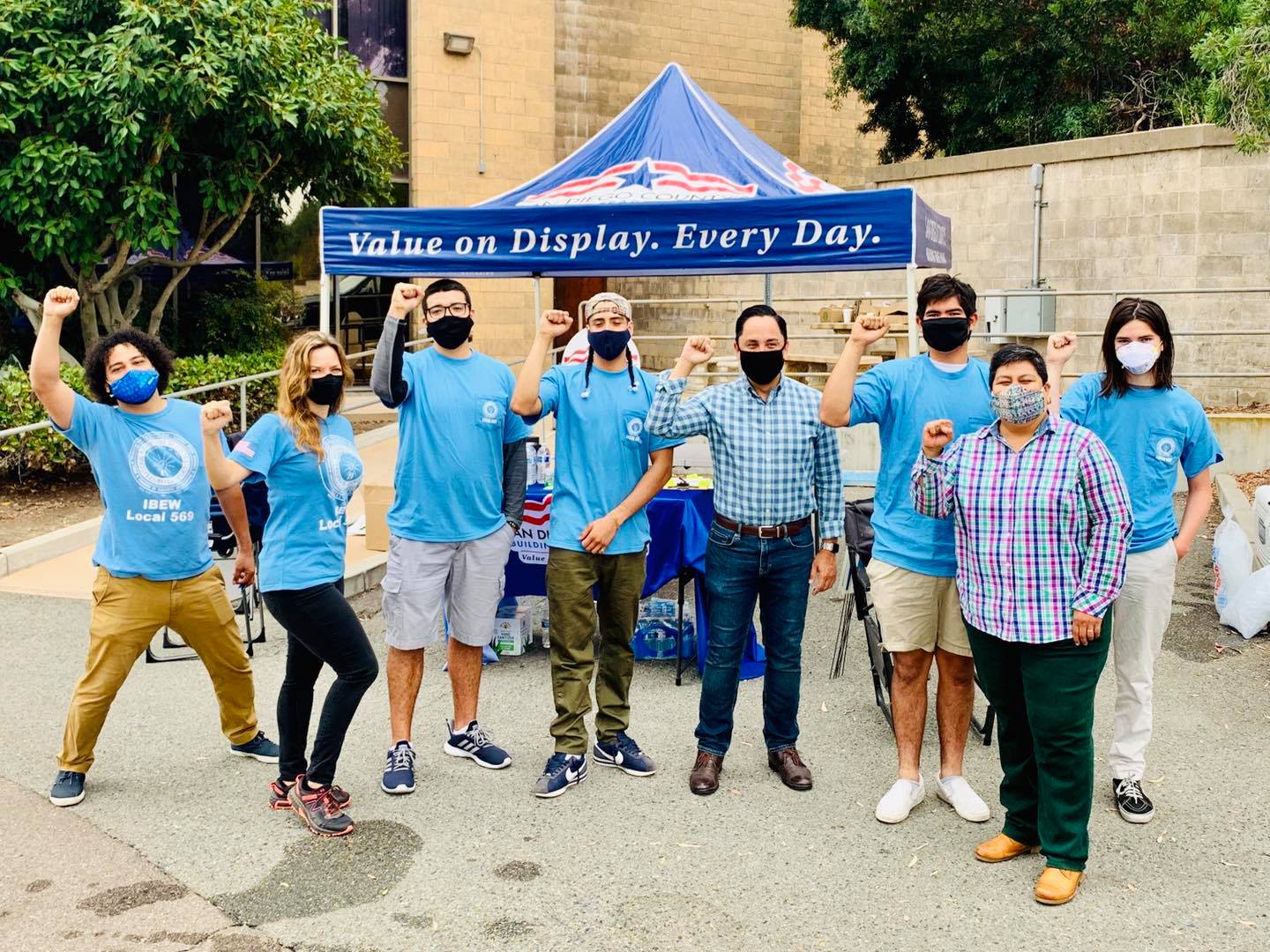 ​This will bring huge change at SANDAG to help build out mass transit and put our members to work for decades – a strategy that we have been working toward for the past five years.

Again, we connect politics to jobs and we’re doing that right now and every day! 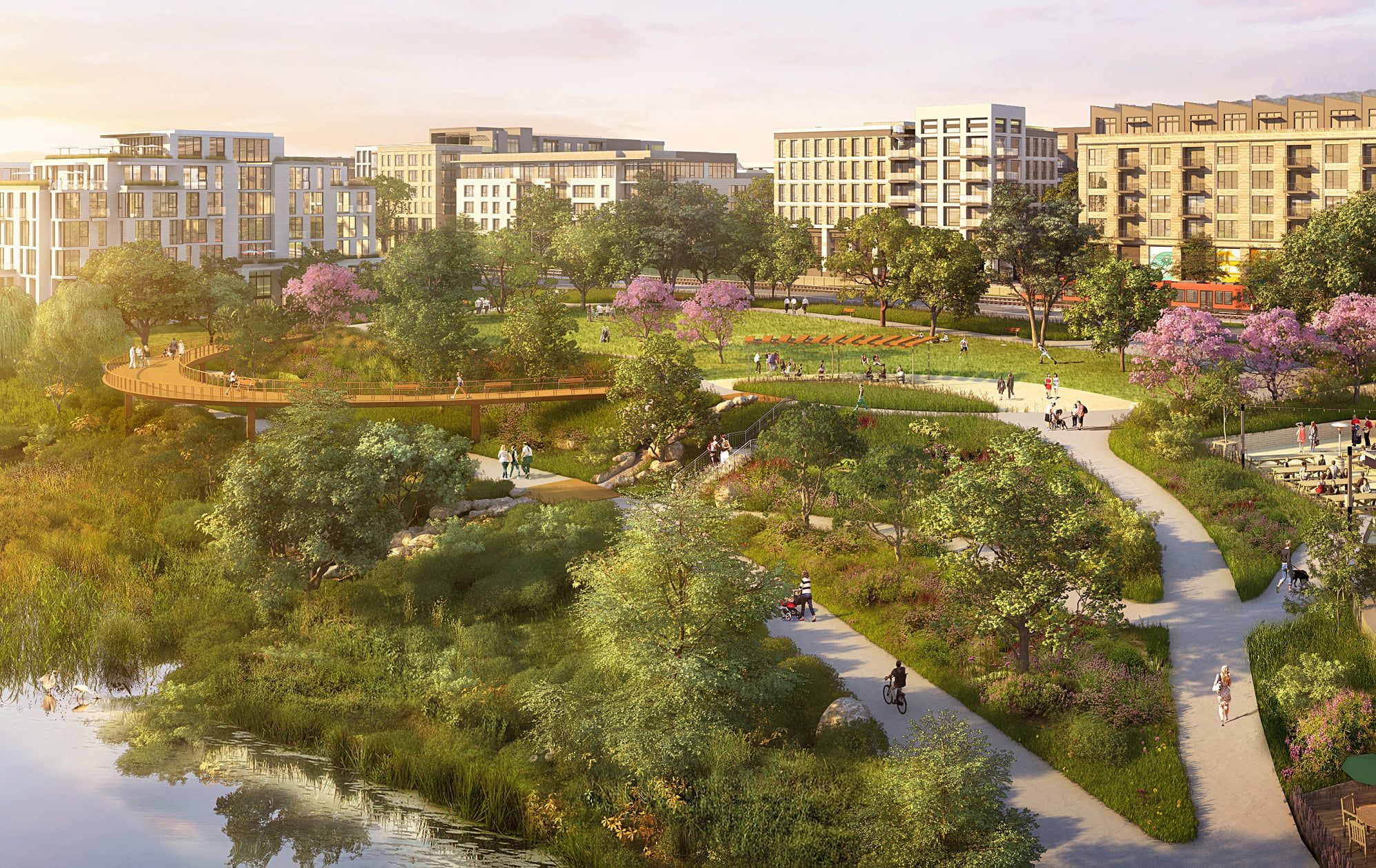 ​Now for our WORK OUTLOOK!​

Over the last few months, I have been in meetings and ​negotiations with Hines on the Riverwalk Development​, and they have agreed to hire only 569 union signatory contractors for all electrical work on this development - creating a stronger community with 4,300 new homes, nearly 100 acres of open space and parks, 1 million square feet of office space, and 150,000 square feet of retail 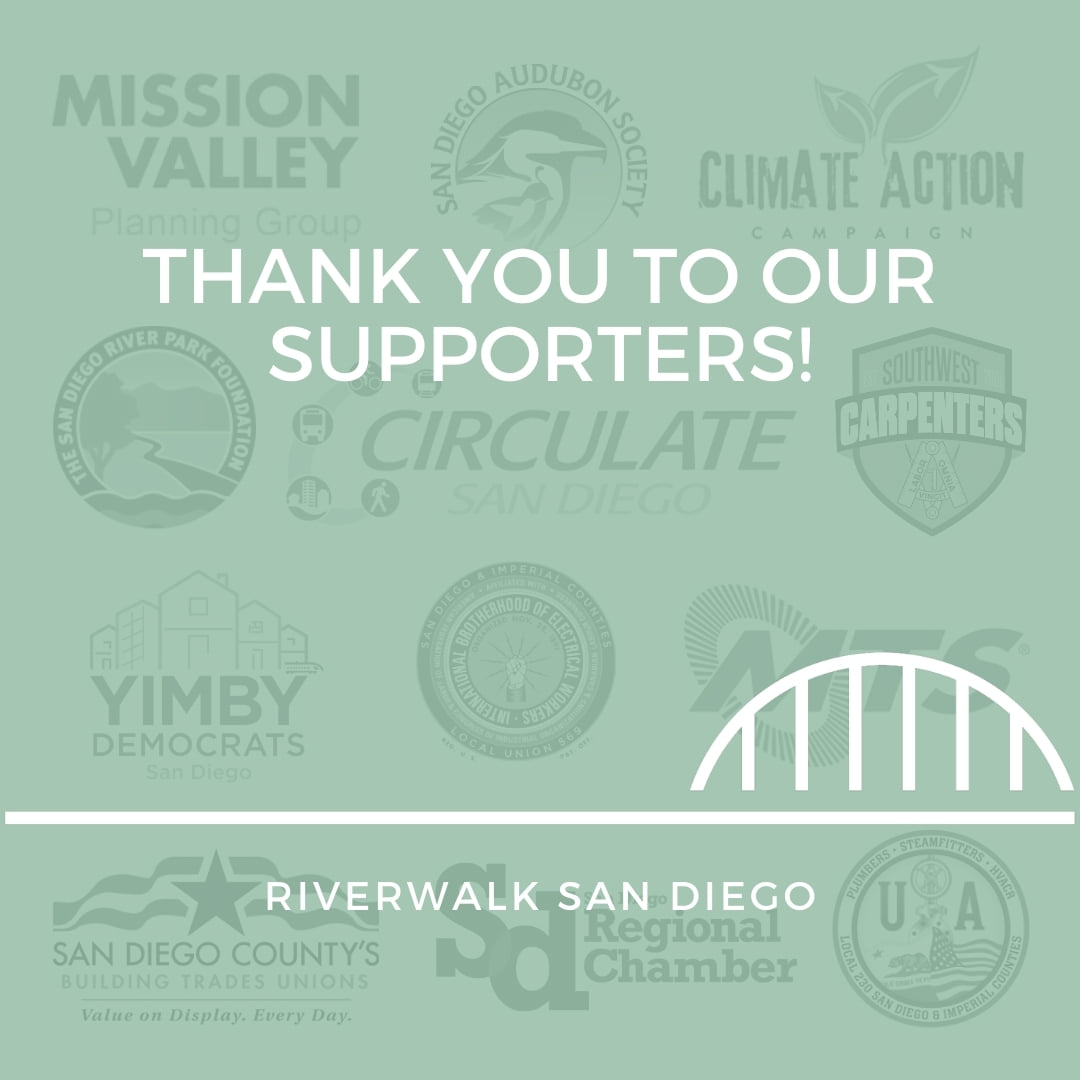 The Riverwalk package of attainable housing located near transit will create equitable opportunities and a vibrant community for many San Diegans to prosper – all while employing hundreds of local IBEW 569 electricians and providing long-term family sustaining construction jobs that include excellent wages and benefits, plus new apprenticeship opportunities.

We spoke in favor of this development at the Planning Commission and it passed unanimously and next week we’ll speak before City Council to again support Riverwalk San Diego. 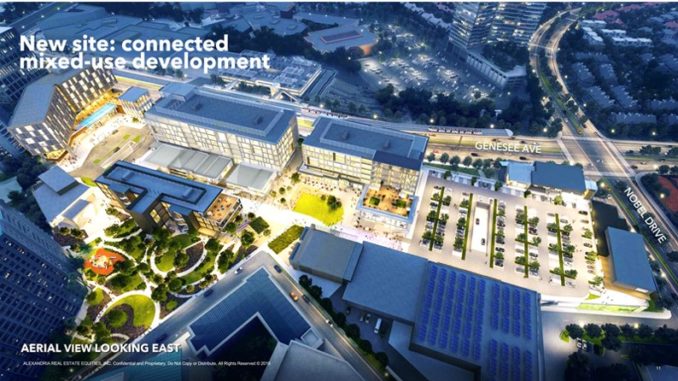 ​And as of two hours ago, we successfully signed an agreement for the Costa Verd​e redevelopment with Regency Centers - to build 360,000 square feet of research and development facilities, 40,000 square feet of offices, and allowing for a 200-room hotel. All electrical work will be done by an IBEW 569 signatory contractor and our 569 members.

​And earlier today, we spoke at San Diego City Council in support of the Padres Development Team’s vision for a new East Village quarter – that will include 612 new units of housing; 1,350,00 square feet of innovative tech office space; 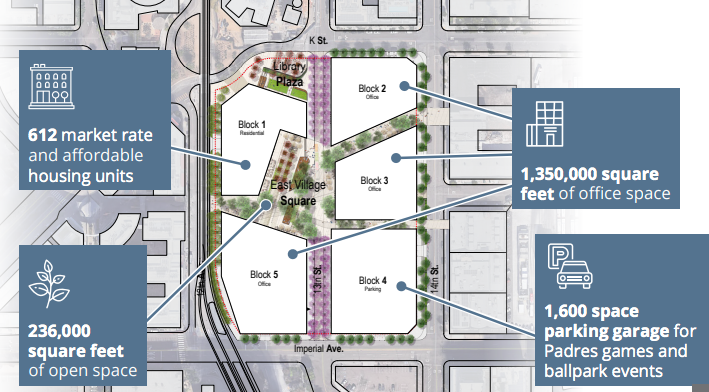 ​of open green space.  IBEW 569 has a long-standing partnership with the Padres (our 569 members built Petco Stadium and we host our premier IBEW Padres Day​ annually) and we are ecstatic to announce that City Council unanimously approved moving forward with the Padres Exclusive Negotiating Agreement​.  More to come on this front - Go Padres! 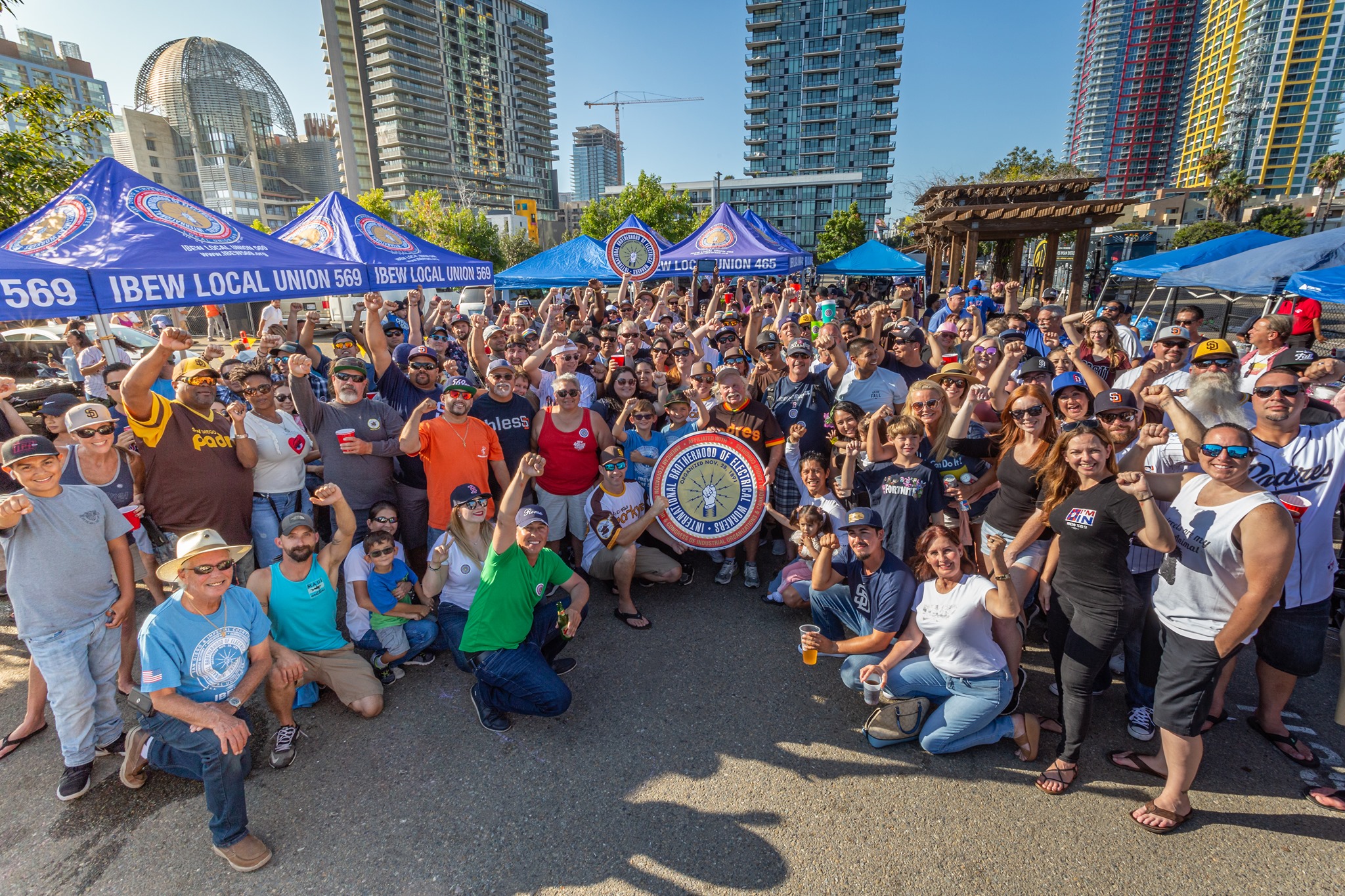 ​We have also recently had an initial meeting with a major developer of affordable housing – and will report back on this in the future.

And now to report on a couple IBEW events.

First -  we are in the midst the 5th Annual National Apprenticeship Week, 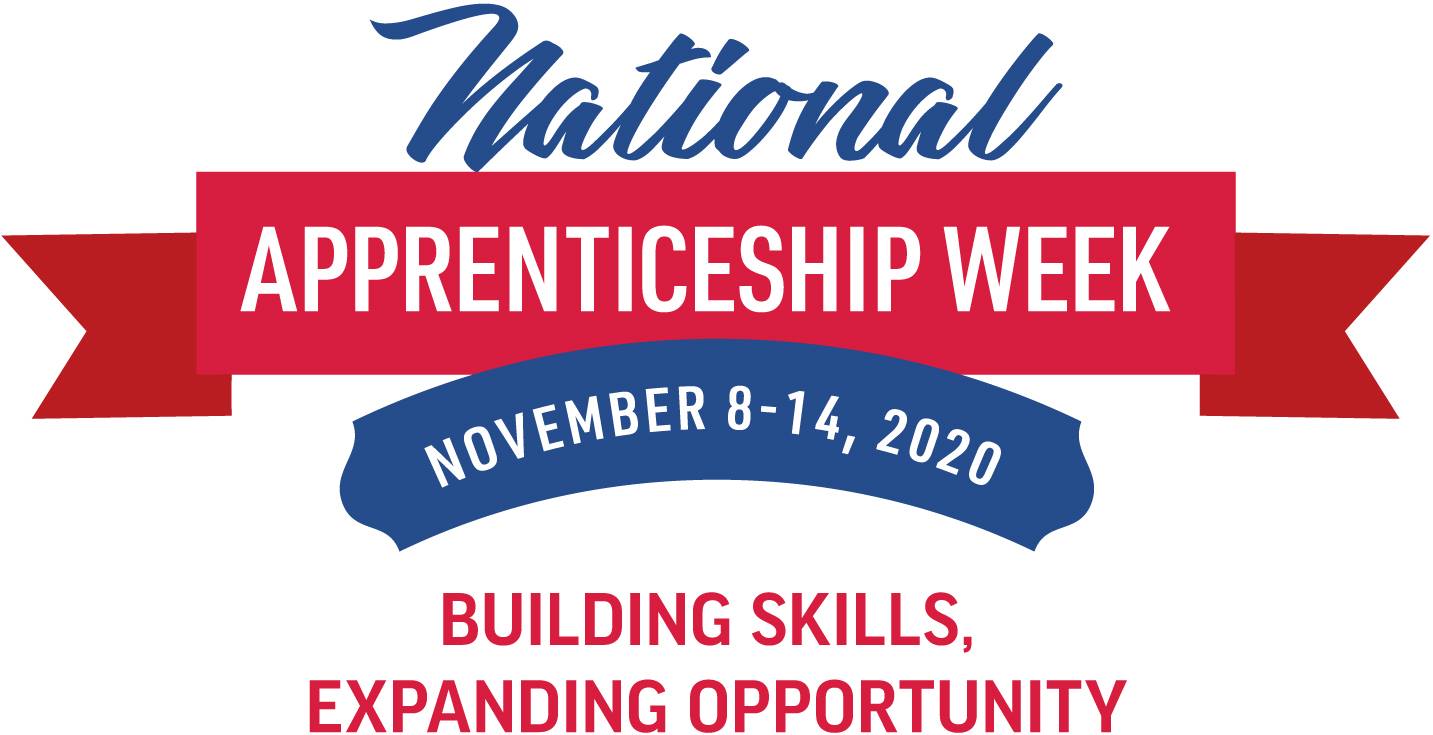 ​and we participated in a live streamed panel on apprenticeship and the key to success.

You can check out the video here: https://www.youtube.com/watch?v=IEYMqmLfFAw​​

Please join us in sharing apprenticeship and the opportunity to 'earn while you learn' with the next generation of apprentices and electricians. 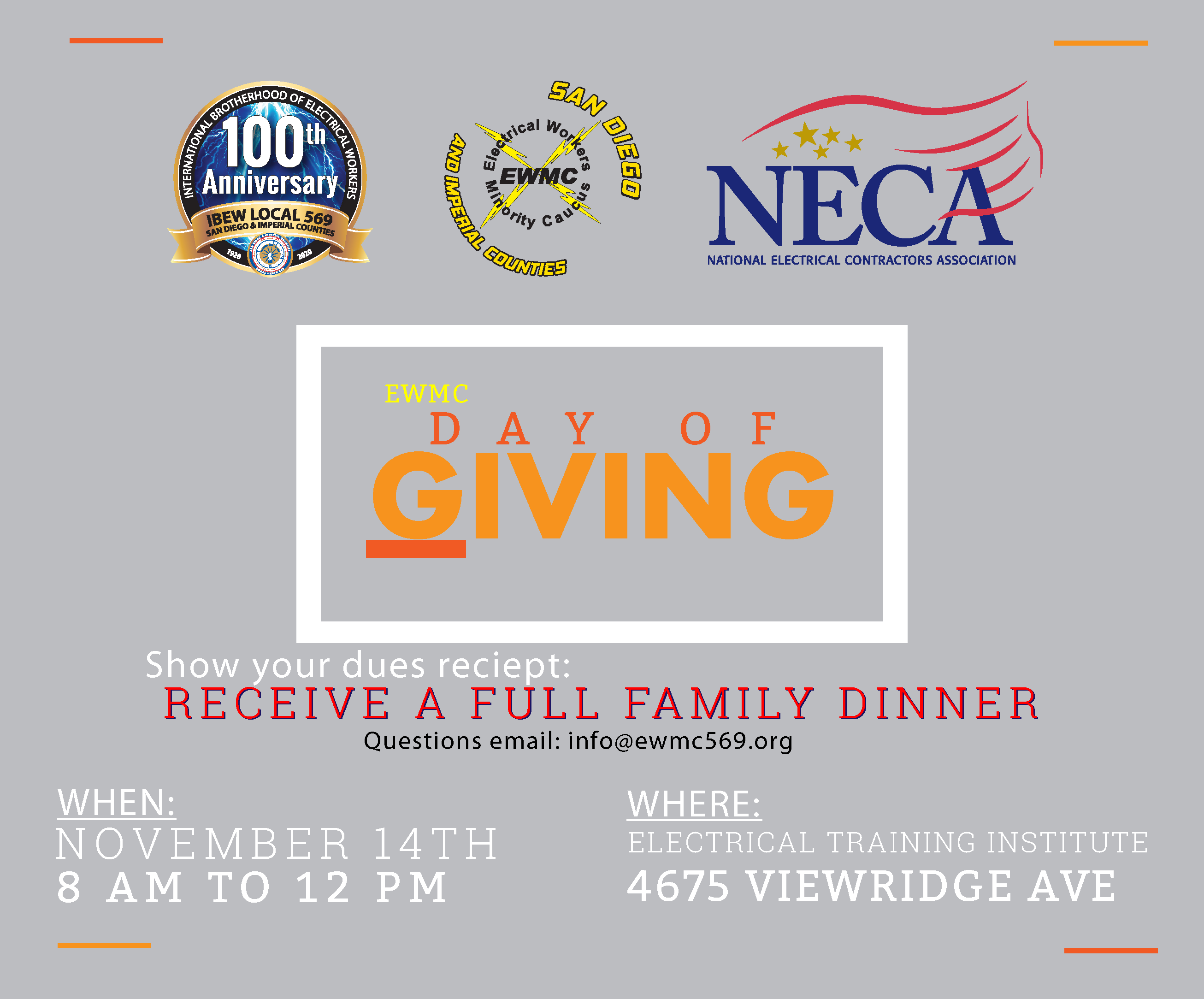 ​Speaking of giving back, this Saturday, in conjunction with the EWMC National Day of Service, IBEW 569 and EWMC will be hosting a distribution of holiday meals to all members in need of food assistance – at our Electrical Training Institute (4675 Viewridge Ave suite d, San Diego, CA 92123​) from 8am-12pm and then at our Imperial Valley Hall (2420 Imperial Business Park Drive, Imperial, CA 92251) at 4:00pm.  If you know of any brothers or sisters that are in need, please share this information with them, and lend a hand. 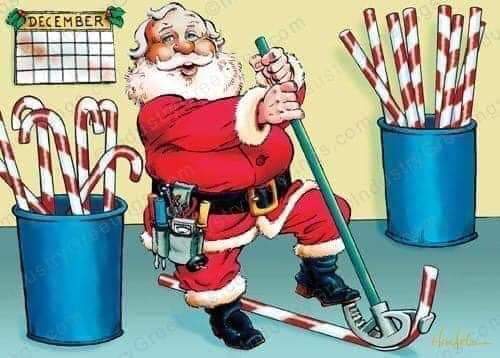 ​And next month – we’re going to have our union meeting on the second Wednesday of the month as usual – December 9th.  But we’re moving and re-configuring our annual holiday party to become an IBEW 569 Drive Through Winter Wonderland Experience with Santa on Friday, December 11th in San Diego, and Saturday December 12th in Imperial County.  More details to come, but we’re looking forward to celebrating the holidays with you and your family as best and safe as possible.

Please continue to stay safe and thank you for everything you do to keep our union strong.

We encourage all IBEW brothers and sisters to use IBEWvotes.com to register to vote, stay informed, review IBEW endorsements, and vote for candidates and policies that support working families!

Always, our #1 priority in determining who receives the endorsement of IBEW 569 is whether the candidate or the initiative will result in more work for our members with higher wages, and a better quality of life.